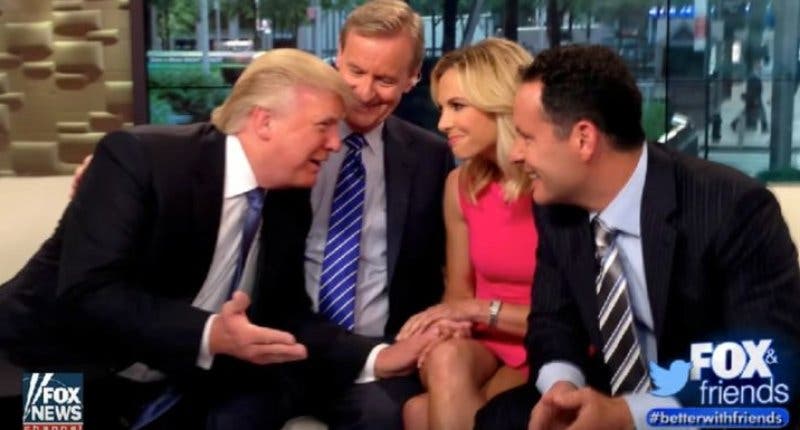 FOX News’ already bad month just got worse. The class action lawsuit alleging racial discrimination and sexual harassment was just joined by Kelly Wright, an African American news anchor who has been with FOX since 2003.

Wright said that he “has been effectively sidelined and asked to perform the role of a ‘Jim Crow’ — the racist caricature of a Black entertainer.”

Like many of the other plaintiffs involved in the class action suit, Wright’s allegations involve ousted host Bill O’Reilly and network co-president Bill Shine.

The suit claims that Wright was shunned from O’Reilly’s now-canceled program, “The O’Reilly Factor,” and that Shine “has demonstrated an obsession with race when it comes to discussions with Mr. Wright, including regularly asking him, ‘how do Black people react to you’ and ‘how do you think White viewers look at you?'”

In one alleged example, Wright claims that he was rebuffed in his efforts to show a series of positive stories about the African-American community on the “Factor” because, according to the complaint, “it showed Blacks in ‘too positive’ a light.”

Wright is now one of 13 plaintiffs, all of whom are African American, involved in the suit. One of the other plaintiffs claimed that he “suffered unconscionable and unrelenting race discrimination.”

Douglas Wigdor and Jeanne Christensen, the attorneys for the class action suit, said:

“We sincerely hope the filing of this race class action wakes 21st Century Fox from its slumbers and inspires the Company to take a conciliatory and appropriate approach to remedy its wrongs.”

With multiple notable names finally joining the fight against FOX’s systemic discrimination, the bigots that have acted without fear of retribution in the name of journalism will finally be brought to justice. Just because O’Reilly and company have jumped ship does not mean they’re out of the water just yet.