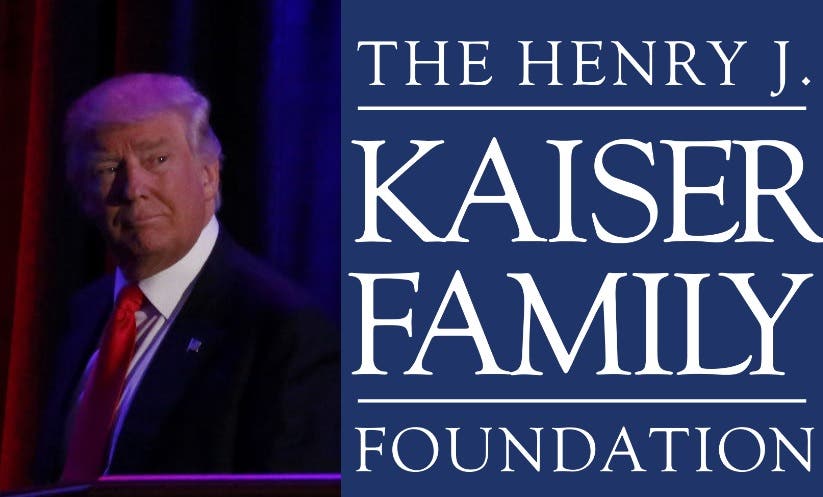 Holding poor, sick people hostage is not good policy or smart politics and it turns out it can be unnecessarily expensive.

President Trump has repeatedly threatened to cut subsidy payments that lower the cost of health insurance under Obamacare for about seven million Americans with annual incomes under about $30,000;  most recently he tried to force Congress to include billions for his wall along the Mexican border in the upcoming government funding bill in return for continuing the subsidy payments.

Trump was forced to back off on his demand to fund the wall immediately or see the payments ended,  but the threat to undermine Obamacare by reducing or eliminating the subsidy – which was about $7 billion last year – remains very real.

The irony is that if Trump and the Republicans do eliminate money that helps poor people afford health insurance, it may very well end up costing the federal government a great deal more money, according to a newly released report by the Kaiser Family Foundation.

Cutting the subsidy payments could also lead some insurance companies to drop out of offering plans, which could cripple or destroy Obamacare – which numerous polls show is very popular with Americans. That could have serious political fallout for Republicans as soon as the 2018 mid-term elections.

And destroying Obamacare could also end up costing the government even more, and not just because the cost of care would ship back to emergency rooms in many cases where the cost of medical services is much higher. It could also cost people who can’t afford insurance their health and their lives.

Here is how it could cost the government more to cut the current payments. If the subsidy payments were stopped, those who continue to get insurance could then claim increased tax credits for the cost of the premiums.

Eliminating the subsidy also would almost certainly cost insurance companies money because the law requires them to continue to serve the low-income customers even if there are no payments from the government.

To make up for that, the insurers would jack up premiums – probably for everyone – which would lead to much larger premium tax credit costs for the government.

Kaiser estimates that the increased cost of the higher premiums would actually be 23 percent greater than the savings from eliminating the subsidies that reduce the cost of insurance for lower-income Americans.

For the fiscal year 2018, Kaiser pins the increased cost to the government at $2.3 billion. Over the next decade that would mean an additional cost to the federal government of about $31 billion.

This scenario assumes that insurers would be willing to stay in the market if CSR payments are eliminated. If they drop out, insurance costs for everyone who can still afford coverage will certainly rise.

Republicans in Congress have been trying to stop the subsidy payments since 2014 when the House filed a federal lawsuit claiming the payments were illegal because the money had not been specifically authorized by Congress. The House won in district court but the judge suspended actually stopping the payments while the Obama White House appealed that decision.

After years of trying to kill Obamacare, Trump and the Republicans have learned it is not easy to replace it with a plan that offers similar benefits. The proposed Trumpcare plans, in fact, would cut over 24 million people from the ranks of the insured and cost everyone more for health care coverage.

The politics of greed and hatred for President Obama which have driven Republican efforts to destroy a health care plan that is helping millions of Americans have coverage, often for the first time, continues to consume some of those now in the majority in Congress, as well as Trump himself.

Holding sick people hostage was never right, and eliminating Obamacare would not be a good idea, but when it is more about politics than smart policy, the danger to the nation’s healthcare system remains in critical condition.