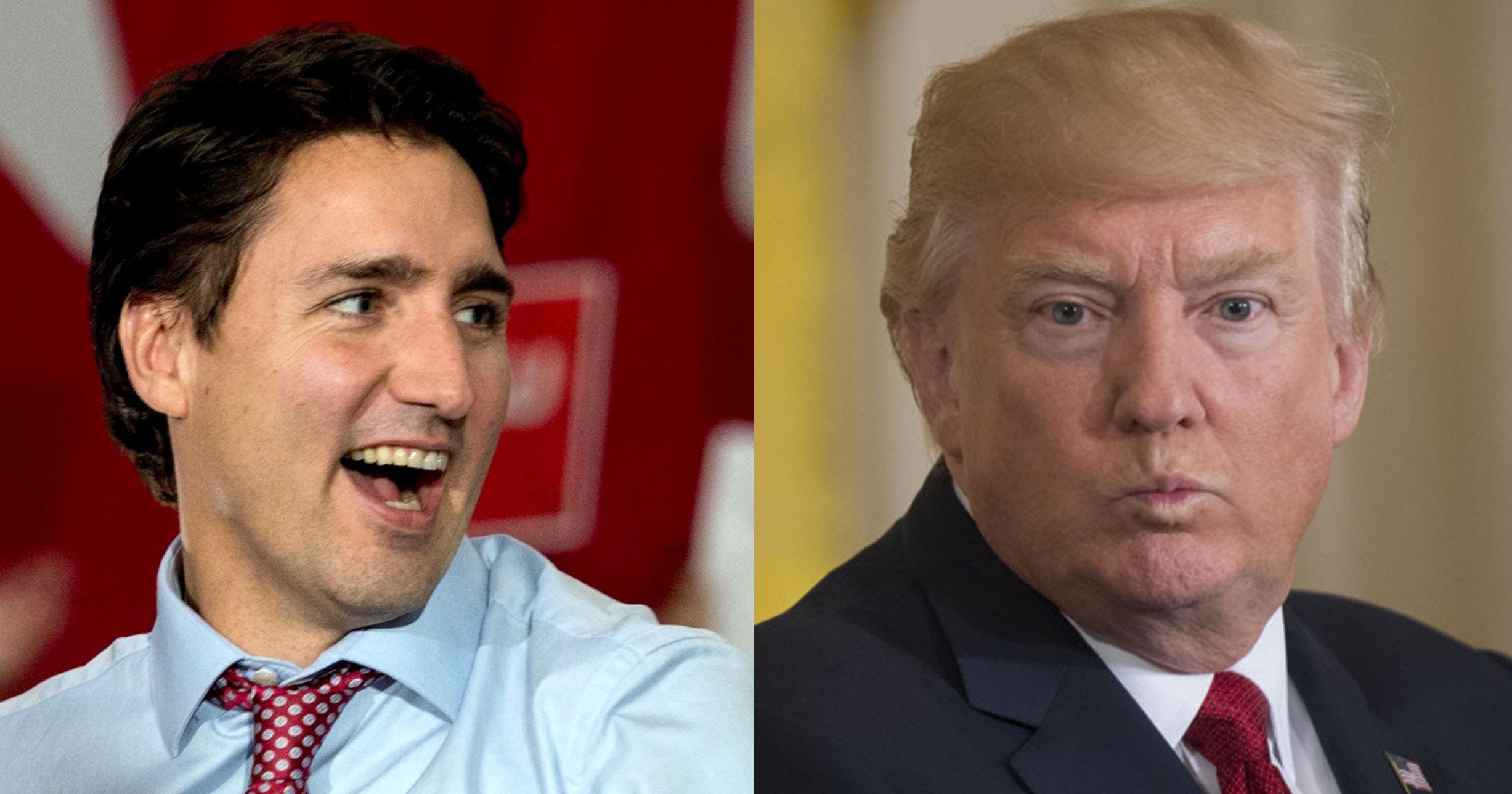 Paul Manafort Just Got Hit With A Disbarment Investigation

Last week, for some unknown reason, President Trump began to taunt Canada by calling the country a “disgrace.” Today, he went further, complaining that our northern neighbors have been “very rough” with us and threatening a 20% tariff on Canadian soft lumber imports.

Canada is responding to the aggression, but they are not exactly crawling to accommodate Trump’s concerns. Instead, Canada is making clear that they don’t need Trump and will not be pushed around.

“When it comes to defending Canada’s economic interests, we’re going to play hard,” Foreign Minister Chrystia Freeland told CNN today. “We’re nice guys: Politeness is something we believe is a national virtue, but it’s not an accident that hockey is our national sport.”

The retort coincided with a series of tweets from Canada’s official trade Twitter account, which made clear that the nation will be just fine with diminished U.S. trade.

The tweets tout the country’s excellent trade relationship with Asian countries, especially as it pertains to wood, many using the not so subtle hashtags #softwood and #softwoodlumber.

It’s never nice to see the United States embarrassed, but it is at least good to know that relations with Canada will likely be just fine. After all, the response is based on promises from Trump, which means we are likely see a reversal any day now.

The tweets are below. Kudos to Canada for keeping things classy rather than sinking to Trump’s petty insults.

Canada is an important supplier of pulp, paper and wood to #China. Check out all of our top exports to China pic.twitter.com/hjpYXkgyUN

Canada will vigorously defend the interests of Canadian #softwood industry, #jobs & communities, including at @WTO & in the courts pic.twitter.com/A5AsDuvxCg

Canada is working hard to boost exports of Canadian #softwoodlumber to #China. pic.twitter.com/ivOoGT000p

Since 1983, tribunals have repeatedly disproved the unfounded subsidy & injury allegations from #US industry. We will prevail again pic.twitter.com/SbHTTRHRPo