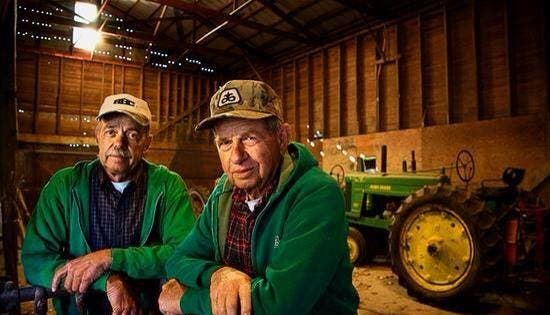 As Trump continues his quest to destroy the American economy, a new report from the American Farm Bureau Federation, America’s largest farm organization, shows that our oblivious president is now moving to decimate the agricultural industry.

The study explains that should Trump succeed in his war to deport undocumented workers, the basic cost of food could skyrocket. Currently, somewhere between 50% and 70% of agricultural workers are undocumented.

Rural farmers, a huge portion of the electorate that handed Trump the White House, will be hardest hit. Family-owned farms, which are already being squeezed out by corporate farms, will find it even harder to pay the banks. Many could lose their livelihoods as a result.

If Trump fulfills his campaign promises to deport every undocumented worker, agricultural output could plummet by as much as $60 billion. Not only that, but food prices across the board could rise by 7% for all Americans.

The strain on lower income families alone would be tremendous.

Trump makes the erroneous claim that once he kicks out these hard working individuals, American citizens will rush in to take the jobs “back.” The numbers and facts don’t support this idea, in fact they outright refute it:

Just this past March, the New York Times reported that farm owners are having great difficulty finding Americans citizens to do these jobs, despite paying far above minimum wage. It’s straining, backbreaking work, and Americans simply don’t want to do it.

Another GOP argument is that these farms can replace undocumented workers with the H-2A worker program, which allows foreign workers to obtain visas to work for short periods of time on American farms. However, the AFBF study shows that the H-2A only provides 4% of the 1.5 to 2 million workers necessary to keep the agricultural industry running at its current strength.

Farmers are also reluctant to use the H-2A program because it multiplies their odds of being audited by over 400%.

This latest blunder, coupled with Trump’s brewing trade war with Canada, shows that he lacks even a basic understanding of how the American economy works. Unfortunately, we’re all going to end up paying for his ignorance.