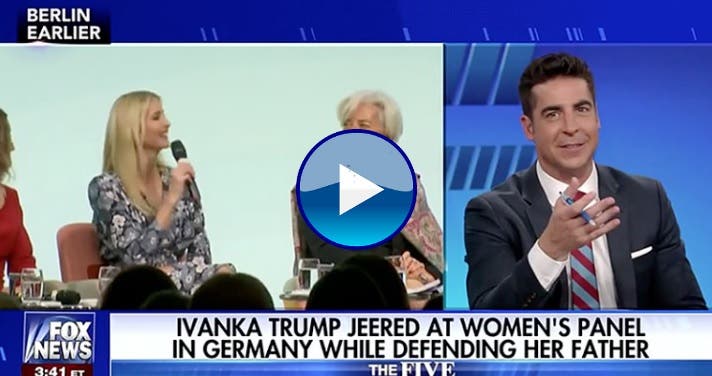 FOX News has been under constant fire for the past few months as the network strenuously ignores the fallout from not only a wide–ranging sexual harassment scandal but an additional racial discrimination scandal with dozens of victims.

But it’s obvious that the talking heads at FOX have learned nothing from this experience since racist and obnoxious Bill O’Reilly protege Jesse Watters made a leering sex joke on the air about Ivanka Trump.

While Watters quickly claimed that he was talking about “Ivanka’s voice and how it resonates like a smooth jazz radio DJ” in a Twitter post after he was immediately bombarded with messages from angry women, his exact choice of words and his long years of working closely with Bill O’Reilly, who is now infamous for making sexual innuendos and sexually explicit remarks towards women in the workplace, would indicate otherwise.

Conservative news networks have done an abrupt about-face from constantly criticizing the family of President Obama to clutching their pearls at liberal criticism of the Trump family, which is entirely warranted since they are federal employees now with major policymaking roles in the government.

It would appear the deplorable men at FOX News have learned absolutely nothing from the O’Reilly and Ailes scandals. The sad thing is, President Trump will probably find this funny.