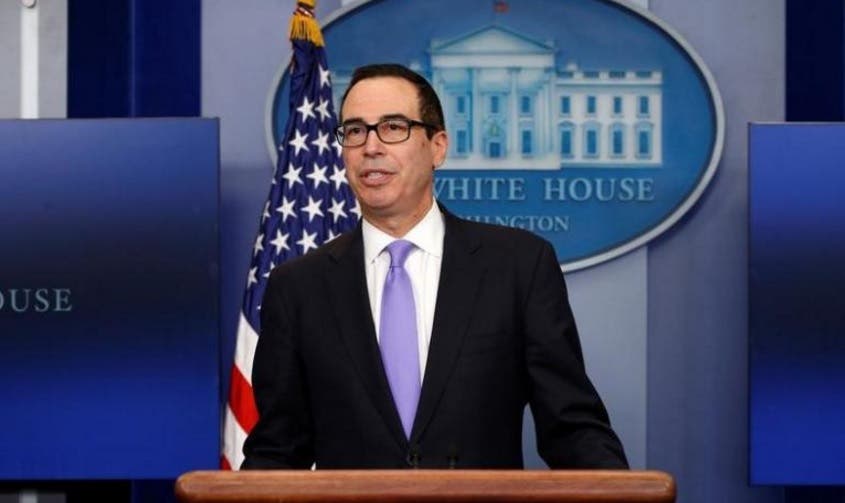 President Trump and his Republican buddies just announced a staggering tax plan that would slash taxes for the ultrawealthy and send the deficit through the roof. But when asked as to how, exactly, the Trump tax plan would benefit the middle class, Mnuchin had nothing to say.

The page-long proposal, which closely resembles a fifth-grade civics class project, vaguely promises to “create jobs” (why didn’t we think of that earlier?) and “grow the economy” (President Obama had 75 months of consecutive growth). It also promises to help pay for the plan by cutting all individual tax breaks except for the charitable deduction and mortgage deductions. When asked about what cutting all individual tax breaks would mean for the middle class, Mnuchin had no answer:

A: We’ve been clear on what the president’s objectives are for tax return. Middle-income tax cut, a priority of the president. Simplification. The average American should be able to do their taxes on a large postcard. Business taxes. we need to make business taxes competititve, we will bring back trillions of dollars from offshore.

When asked about the middle class later on, again, Mnuchin blustered and gave no details.

Q: You mention middle-class, middle class families watching this tonight on the news, a family of four, median income $60,000 a year, what does it mean for them?

A: A tax cut…we will continue to give you details as we have them.

When it comes to the wealthiest Americans, here are all the details we have about what this tax plan will mean for them:

Those are all the things that the wealthiest Americans can count on in Trump’s tax plan. But the middle-class Americans that Trump promised to help? All we get are vague promises of a “tax break” and the news that we’re losing all of our tax deductions.

Make no mistake. This “tax plan” is class warfare on a national scale that will push America deeper into the constricting arms of oligarchy, make life harder for middle-class Americans, and send the deficit through the roof. Income equality champion Sen. Bernie Sanders slammed Trump’s proposal in this fiery statement:

“At a time when we have a rigged economy designed to benefit the wealthiest Americans and largest corporations, President Trump’s new tax plan would only make that system worse. He would slash taxes for himself and his billionaire friends and significantly increase the deficit, while doing little to help rebuild the collapsing middle class.”

They’ve had six months to work on this plan and still have no more details than when they first unveiled the framework during the presidential campaign. Trump’s tax plan might as well be called “Making Sure My Family And I Don’t Ever Have To Pay Taxes Again” for all it does for the people Trump swore to uplift.