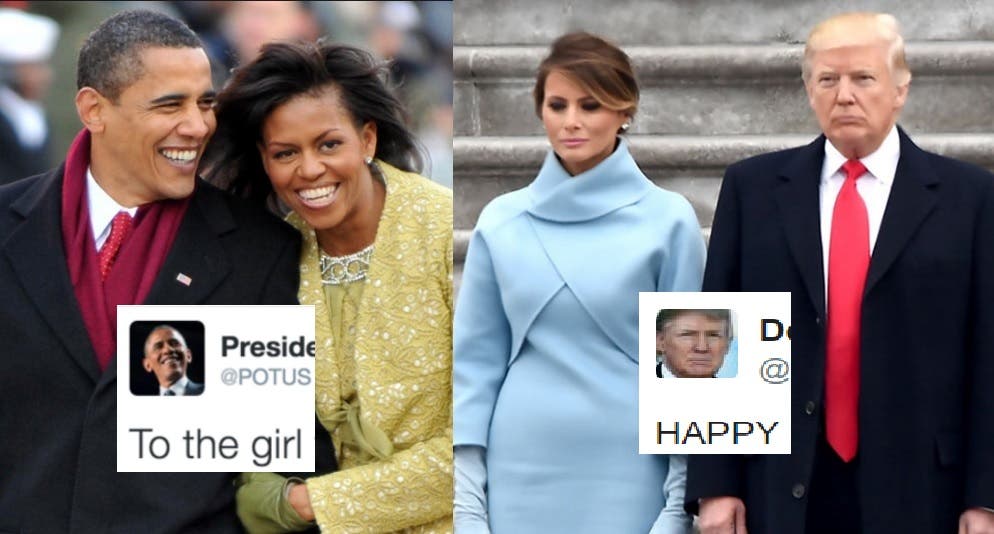 Today is First Lady Melania Trump’s 47th birthday, and President Trump chose to celebrate her special day with a tweet.

There’s quite a bit to unpack here. There’s no indication of affection in the message except for the ALL CAPS, a privilege which Trump also reserves for calling out the FAKE NEWS media.

Secondly, the focus of the picture is Donald Trump himself, at the inauguration. The man is such a relentless narcissist that he can’t even write a birthday message to his wife without using it as a soapbox to boast about his electoral victory and the crowd size at his inauguration.

Thirdly, the first couple couldn’t take a fresh photograph because Melania woke up in New York City, where she and her son Barron live at a cost of $150,000 a day – or $4.5 million in taxpayer funds a year.

President Trump’s disrespect for his wife is quite well-documented at this point. His insincere birthday message to the First Lady stands in sharp contrast to the genuine love and appreciation that President Obama showed for his loving wife:

Michelle Obama never asked to be First Lady, but took on the job with gusto. She channelled her energies and her compassion for the America into everything she did and became a role model for young women everywhere. President Obama recognized the hardship and the stress and the pressure of the spotlight that the job demanded and thanked her for it.

On a day that saw Trump and his cronies announce massive tax cuts for the wealthy paid for by the poor, a healthcare bill that will deprive millions of Americans of their health insurance, and a renegotiation of a trade bill that will throw markets into disarray, the absence of the Obamas is felt stronger than ever.