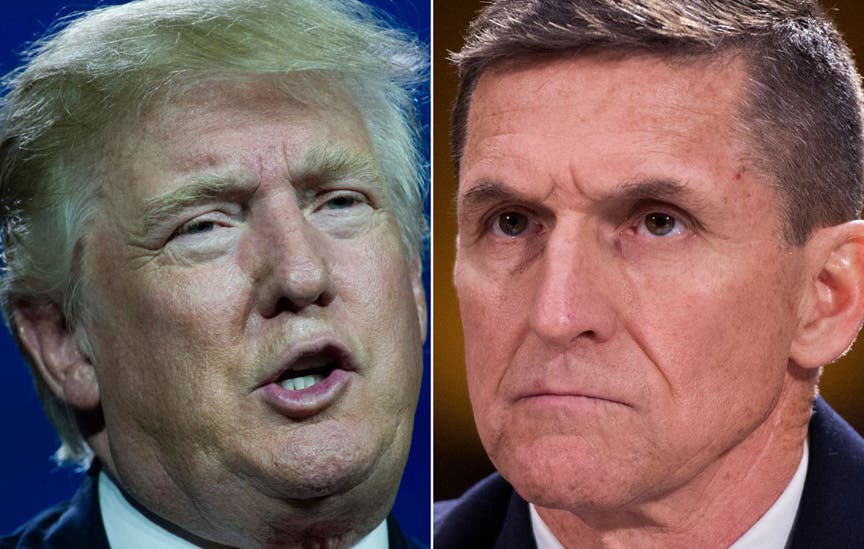 They say hindsight is 20/20.  That’s essentially the position the White House has taken in the curious case of Michael Flynn.

From where we stand today, the shenanigans that forced Trump to fire his National Security Advisor after twenty four days on the job seem quite obvious, sure, but none of his misdeeds were clear to them at the time, they maintain.

That excuse never quite added up, even at the time.  Soon after Flynn’s ouster, we learned that Acting Attorney General Sally Yates had warned the Trump Administration about him.  Six days after the inauguration, she presented evidence to White House Counsel Don McGahn that led the Justice Department to conclude that Flynn had been compromised and was vulnerable to blackmail by the Russians.

Even with that evidence, Trump allowed Flynn to stay on the job for an additional 3 weeks before finally releasing him for the even then implausible sounding reason that he had lied to Vice President Pence about a phone call.

News is breaking today, however, that makes it impossible for anyone in the White House to feign ignorance on Flynn’s indiscretions with foreign governments any longer.  The House Oversight Committee released documents Thursday proving that the Pentagon may have been aware of his shady foreign connections for years.

According to a report by The Hill:

“Former national security adviser Michael Flynn was warned by the Pentagon against accepting foreign payments following his retirement in 2014, according to new documents released Thursday by the House Oversight Committee.

“In a 2014 letter to Flynn from the DIA — released in redacted form by the committee — the agency advised him that it is illegal for former military officers to accept payment from a foreign government without prior approval.”

The Pentagon sent the letter to Flynn in October of 2014, just 4 months after news leaked that the Obama administration had decided to phase him out of his leadership position at the Defense Intelligence Agency.

People have speculated for years about the real reason behind that move.  Maybe they knew something about Flynn then that we didn’t, but offered him a way out that spared his reputation and preserved his long and extensive service record.

The very next year after receiving this letter, however, Flynn was already flaunting its warnings.  We’re reminded in The Hill report that:

“In December of 2015, Flynn was paid $45,000 to speak at an event hosted in Moscow by the Kremlin-backed network RT, during which he was seated with Russian President Vladimir Putin. He also received payments for additional speeches to Russian firms Kaspersky and Volga Dnepr.”

Everyone knew Flynn had attended and spoken at the RT event.  It was televised.  But it appears he tried to hide the payment from the U.S. government.

Still, Trump embraced Flynn during the campaign, elevating him to chief advisor on issues ranging from national security to foreign policy.  Soon after his shock election victory in November of 2016, Trump announced that Flynn was his pick to be National Security Advisor.

With claiming ignorance now no longer an option, the Trump Administration has resorted to playing the game-game.  Flynn should not have been elevated to National Security Advisor, the White House now reluctantly but implicitly admits, but the fact that he did is not their fault.

Pretty incredible new line from Spicer on Flynn: Obama is to blame for us making him Nat Sec Adviser pic.twitter.com/7HYYLKBzer

Yes, you heard correctly.  Despite firing him during his time in office, in a manner that suggests they tried to preserve his reputation, President Obama is still responsible for Trump’s Michael Flynn fiasco because it was Obama who first approved his security clearance.

A White House that has always been a circus has now descended into the theater of the absurd.