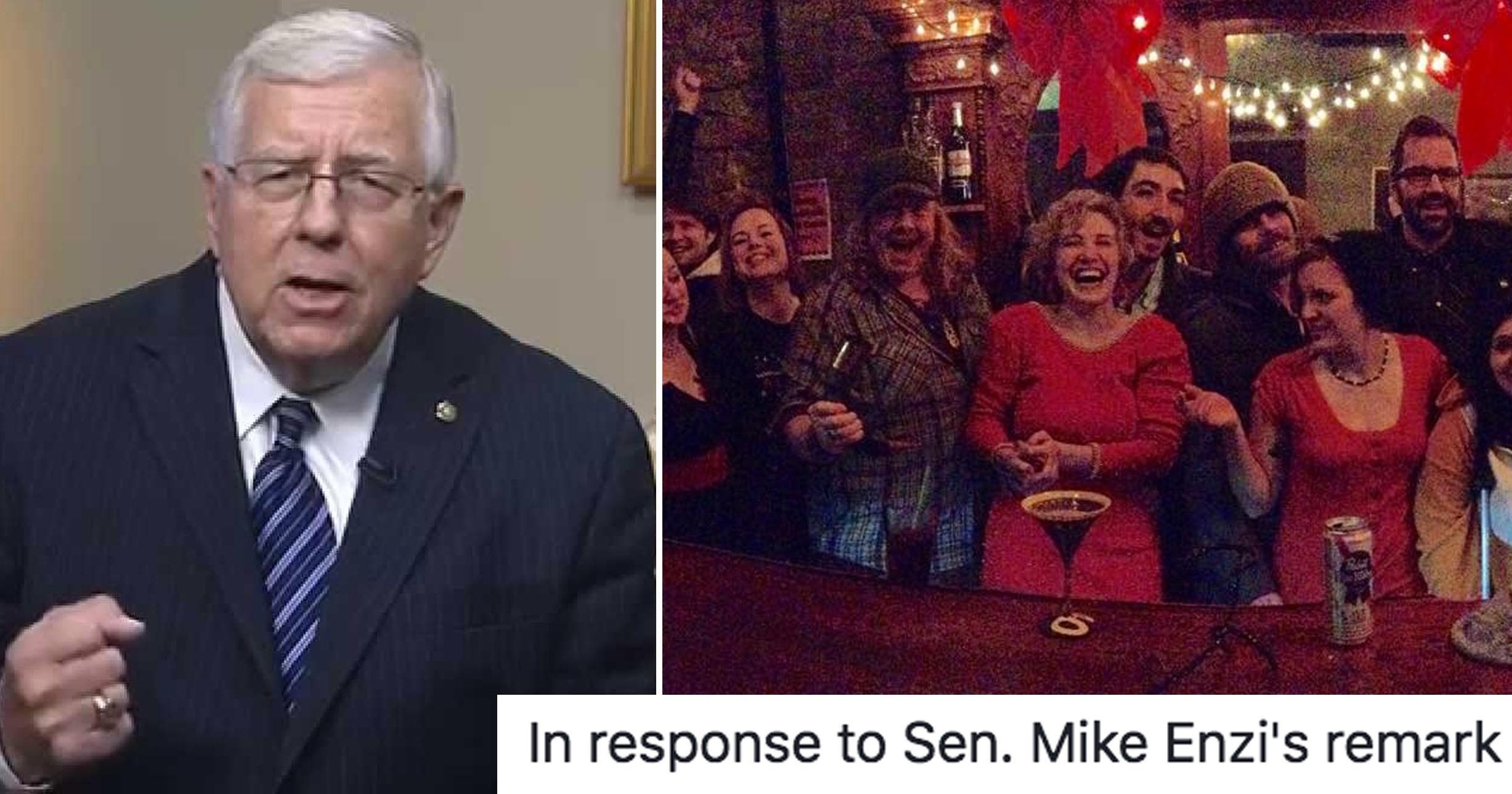 Yesterday, an audio recording revealed Senator Mike Enzi (R-WY) seemingly encouraging teenagers to beat up LGBT teens. A teenager asked him about protecting LGBT youth, and Enzi sidestepped the question to express his belief that if a guy gets beaten for wearing a tutu in a bar, “he kind of asks for it a little bit.”

You might think that this would have little political consequence for a Senator from deep red Wyoming, but you would be wrong.

One bar is speaking out against Enzi’s intolerance by not only embracing acceptance in a bold and colorful way but rewarding patrons who do the same:

Kudos to Sweet Melissa Cafe and Front Street Tavern for a delightful show of solidarity and taking a stand against bullying.

Safe to assume that Senator Enzi will not be dropping by for a pint of Sparkle Pony, but any freethinking Wyomingites in the neighborhood should definitely pull on a tutu and stop in.