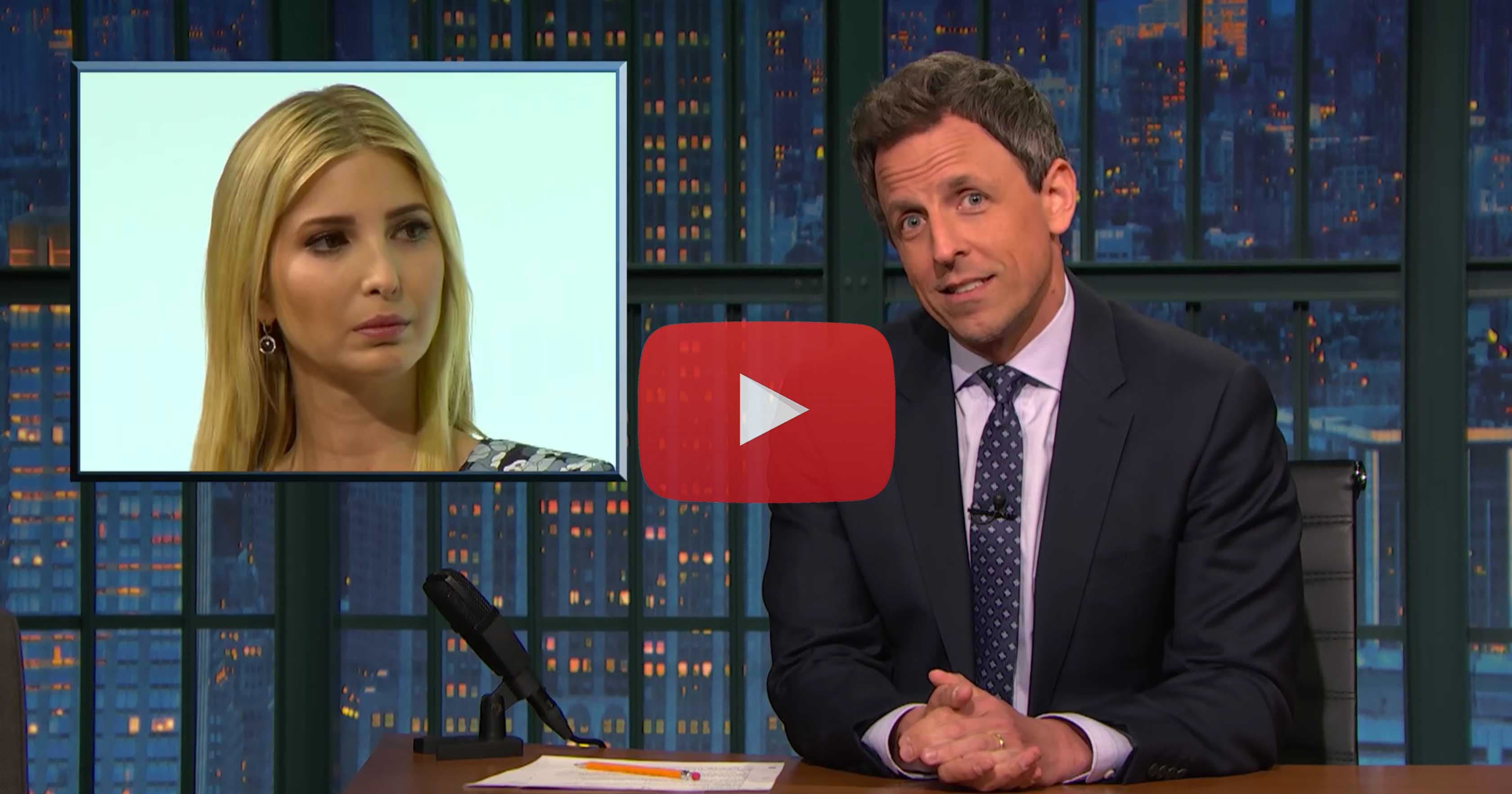 President Trump is about to hit the 100-day mark, and Late Night host Seth Meyers has brought his A-game for the occasion. (Video below.)

Meyers starts his latest Closer Look segment by showing Trump and his lackeys bragging about the executive orders he has signed, then juxtaposing them with clips of Trump ridiculing President Obama for his own orders.

“It’s like a law of physics,” Meyers said “For every Trump action, there is an equal and opposite Trump clip.”

The comedian then turns his attention to First Daughter Ivanka Trump and her recent trip to Germany, where he says she”tried to claim, incredibly, that her father was actually the champion for families… Watch Ivanka’s face after the moderator jumps in.”

Meyers shows Ivanka’s expression sink like a deflating balloon as she is interrupted with a reminder that her father is notoriously misogynistic. Delighting in the crumbling facade, he proceeded to ridicule her in his best German accent.

It has been 100 days of lies and self-enrichment from Trump and his kids, and Meyers beautifully takes them to task. Enjoy: