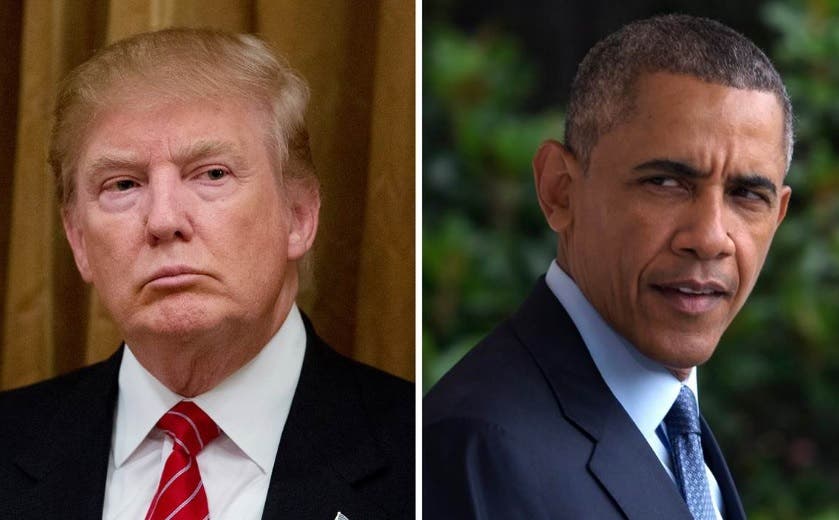 To mark his 100th day in office, President Trump is expected to sign an executive order tomorrow that would open the door to drilling for oil in parts of the Atlantic, Pacific and Artic oceans that were rightly put off limits for exploration under President Obama.

The order asks the Interior Department to review Obama’s bans on offshore drilling and consider rescinding regulations that require extensive equipment be available in the case of oil spills or explosions as happened in 2010 in the Gulf of Mexico after the Deepwater Horizon oil tanker explosion.

This comes days after Trump signed an order that opens up a review of national monuments and parks created in the last 20 years, creating the possibility western lands that had been off-limits to mining, oil exploration, and logging would now be open once again to commercial exploitation.

While the Petroleum Institute, which represents big oil companies, is cheering this news, it has justifiably set off alarm bells among environmentalists and others.

“It’s becoming increasingly clear that drilling offshore in the Atlantic, the Arctic, and even the Pacific is a bad business decision,” Jackie Savitz, vice president at Ocana told The Hill.

The reference to “bad business” has a number of levels. First is the possibility of hugely expensive accidents and spills that can devastate wildlife, fish, and humans, and cost billions to clean up and billions more in lost business and wages, as happened off the coast of Louisiana with Deepwater Horizon.

It is especially problematic that Trump wants to roll back rules put in place after previous disasters forcing oil drillers to have the equipment to quickly deal with leaks and problems. He is not only is setting the stage for more disasters but is making sure that the gear needed to contain the disaster will not be readily available, just to save a few bucks and pad the profits of his corporate buddies.

It also is a reference to the low oil prices right now, which make offshore drilling in these difficult to reach places uneconomical.  In 2015, Royal Dutch Shell abandoned oil exploration in the Arctic off Alaska because of the high cost and the environmental difficulties posed by the harsh climate.

While Obama put many delicate environmentally sensitive areas off limits, he also made available ten leases for drilling in the Gulf of Mexico that are available through 2022. At this point, those have not been fully exploited because of the questionable economics.

There is also the issue of jobs, which Trump has claimed is his big motivation in rolling back decades of progress on protecting the environment from greedy corporations that want to, as Sarah Palin once put it, “drill baby drill.”

Even if drilling in dangerous waters would create some jobs, experts say that they would be years, even decades, away from becoming real. If Trump’s Interior Department wants to pursue opening up new areas to drilling, in violation of Obama’s orders, it would require an extensive environmental review which could take two years or longer.

The other order that has environmentalists up in arms was Trump’s executive order earlier this week that charged the Interior Department to review national monuments, waterways, and parks created by previous presidents using the Antiquities Act.

Trump Administration policies will harm our recreation #economy, be a disaster for our #environment & terrible for our #conservation future

“No president has ever called into questions any national monument protected by the Antiquities Act until President Trump,” Senator Catherine Cortez Masto (D-Nevada) said in a statement, according to The Independent.

“His unprecedented executive order threatens decades worth of conservation efforts and could potentially revoke designation to places that have significant cultural and historical value.”

In his first 100 days, Trump has signed literally dozens of orders that may impact America’s drinking water, forests, beaches, oceans, and food safety, among other dire possibilities.

These latest moves are just more bad policy that doesn’t serve to create jobs or bolster the economy but could lead to more huge disasters on the scale of the  1989 Exxon Valdez oil tanker crash, which allowed 11 million gallons of crude oil to spoil Prince Willliam Sound off Alaska, killing untold numbers of birds, fish, and mammals.

“There is no question, President Trump is a disaster for our environment and public health. His actions will make our air and water dirtier; ensure we experience the worst effects of climate change even more swiftly; and will put at risk our oceans and national parks. Bottomline these rollbacks put the health of American families at risk.”

Trump has shown he will give profit-hungry businesses whatever they want even if it puts the health of wildlife, marine life and people in danger, without providing widespread economic benefits for most people.

Trump seems deaf to those who want to guard the environment against these threats and those scientists who have warned of the impact of climate change caused by humans that can be countered if we act quickly.

Instead, Trump is likely to pull the U.S. out of the Paris accords, which were created so the entire world could work together to keep our air, land, and seas safe for future generations.

Once again Trump’s rich pals and big corporations stand to benefit while all the rest of us pay the cost and face the extraordinarily dangerous consequences.