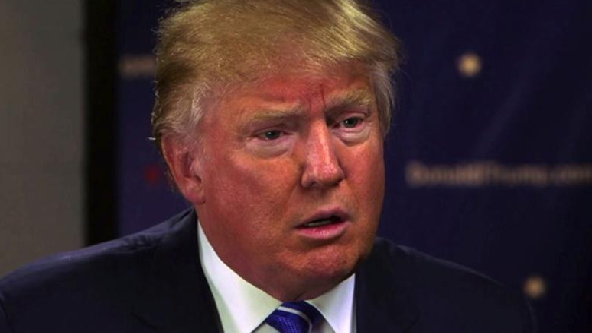 Trump spoke to the two leaders, reassuring them that he was seeking a renegotiation instead of a withdrawal from the deal. The White House issued a statement, saying:

President Trump agreed not to terminate NAFTA at this time and the leaders agreed to proceed swiftly, according to their required internal procedures, to enable the renegotiation of the NAFTA deal to the benefit of all three countries.

This statement came mere hours after it was revealed that Trump’s administration was considering the option of announcing the President’s intent to withdraw from the agreement by way of an executive order. Officials were supposedly pushing for the order to be finalized and signed prior to the 100-day benchmark.

On the campaign trail, Trump pledged that he would announce either a renegotiation of a withdrawal from NAFTA by the 100-day point. He regularly criticized Hillary Clinton for having approved the deal, which he claims did not benefit the U.S.

Thanks to this development, we can now add this to a list of promises Trump has broken.

However, it would appear that realpolitik has once again presented a significant hurdle to Trump’s agenda. Trump could pull out of NAFTA, but he would need congress’ backing to make it permanent, and he did not have the support of Republican lawmakers who recognized what a disastrous decision this would be.

The backlash from US business would also have been huge, not to mention the damage that would be done to relations with Canada and Mexico.

Trump attempted to save face this morning with two Tweets:

I received calls from the President of Mexico and the Prime Minister of Canada asking to renegotiate NAFTA rather than terminate. I agreed..

…subject to the fact that if we do not reach a fair deal for all, we will then terminate NAFTA. Relationships are good-deal very possible!

However, these tweets do not hide the fact that Trump had to face the economic reality that the United States needs NAFTA just as much as Mexico and Canada do.

NAFTA was signed on January 1st, 1994 and added Mexico to the previous U.S.-Canada Free Trade Agreement that had been in place since 1989. The agreement cut import tariffs for nearly all manufactured products, and trade grew considerably between the three countries.

Some U.S. workers suffered wage stagnation because of NAFTA, but the overall growth was good, and NAFTA cannot be blamed for the overall loss of U.S. jobs.

It is still unclear why Trump dislikes NAFTA, but his comments have centralized on the bilateral trade deficit with Mexico. The President has called out companies such as General Motors and Ford for moving production facilities and jobs to Mexico, and has threatened Mexico with import tariffs and border taxes as a consequence.

Trump appears to have dropped one of his key campaign pledges after not a lot of opposition. His fans and voters will no doubt see this as him selling out, and the White House will no doubt try to spin the story as an opportunity to a revamped trade negotiation.

This story speaks volumes about the President’s resolve, or rather, lack thereof.