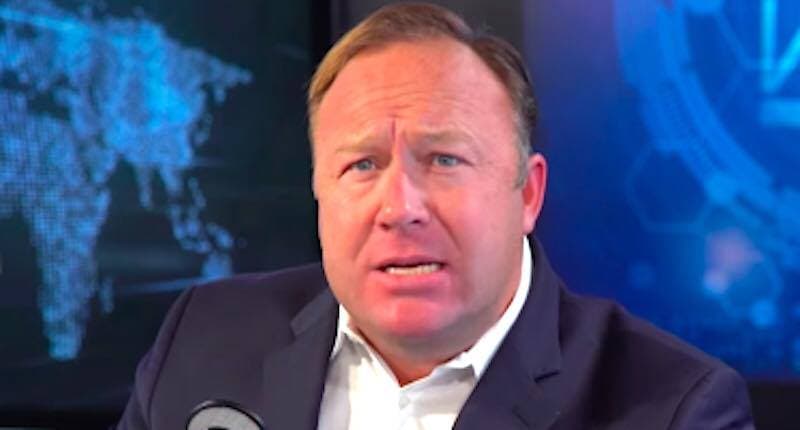 Trump Just Admitted He Believed Being President Would Be “Easier”

The victims of Alex Jones’ reckless conspiracy theories now include the Infowars founder himself. After nine and a half hours of deliberation, a jury gave Jones’ ex-wife Kelly the right to determine the residence of their three children.

“Mr. Jones is like a cult leader,” Mrs. Jones’ attorney, Robert Huffman, explained to the the jury. “And we’ve seen the horrific damage cult leaders do to their followers.”

The ten-day custody hearing made headlines days ago when Mr. Jones’ lawyer revealed that he would be defending his client’s incendiary speech as “performance art.” His many extremist views include groundless theories about the Sandy Hook massacre of school children and date back as far as his unfounded assertions of government involvement in 9/11 and the Oklahoma City bombing.

In 2011, Mr. Jones received unwanted attention when the public learned that the Tucson murderer who shot Congresswoman Gabby Giffords (D-AZ) in the head was a fan of the shock jock’s work. More recently he found notoriety when news leaked that President Trump was an avid listener and even calls Jones for advice.

While much of the public attention around the trial focused on Mr. Jones’ extreme right propaganda, this was far more personal for Mrs. Jones. She described a man who is “violent, cruel, and abusive,” claiming that he “engages in hate speech at home and in public.”

“I’m so blessed to have such a wonderful support system, and I just pray, with what’s happened to my family, that people can understand what parental alienation syndrome is and get an awareness of it so we can stop this from happening to others,” she said after the trial.

For his part, Mr. Jones has remained silent on the trial as the result of a court gag order. Jones has indicated, however, that his silence will not continue long.

“I’m surprised the media missed the biggest story here,” he told reporters. When pressed as to what that story is, Jones simply replied, “You’ll find out.”

Of course, even in defeat, Jones promised another wild theory. Ironically, it’s the only thing the shock jock can do that is no longer a shock.