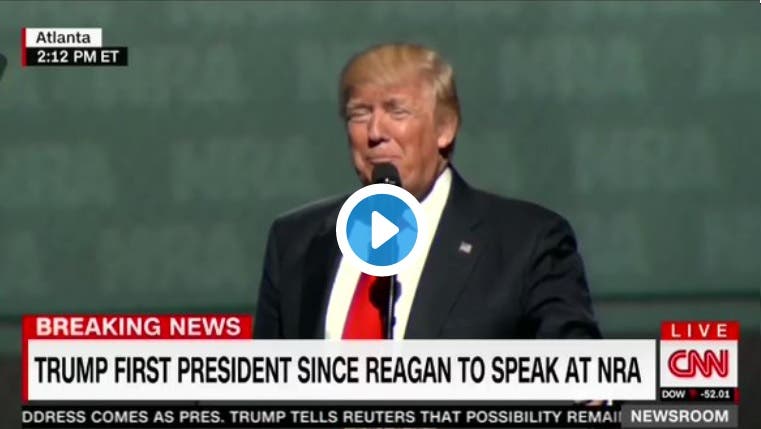 While speaking at the National Rifle Association, where guns were not allowed, President Trump was in the middle of yet another lengthy discussion of how wonderful his election victory was when he brought up the 2020 election, saying that Democrats would have to cater to gun owners to win and that it might even be “Pocahontas” running.

He is, of course, referring to Sen. Elizabeth Warren of Massachusettes, who reportedly has Cherokee ancestry.

Trump made offensive jokes about Warren as a candidate and apparently doesn’t intend to censor himself now that he is the leader of the five million or so Native Americans who survived the genocide.

It is absolutely appalling to see the leader of our nation speak so casually and so cruelly disrespectful of a sitting U.S. Senator.