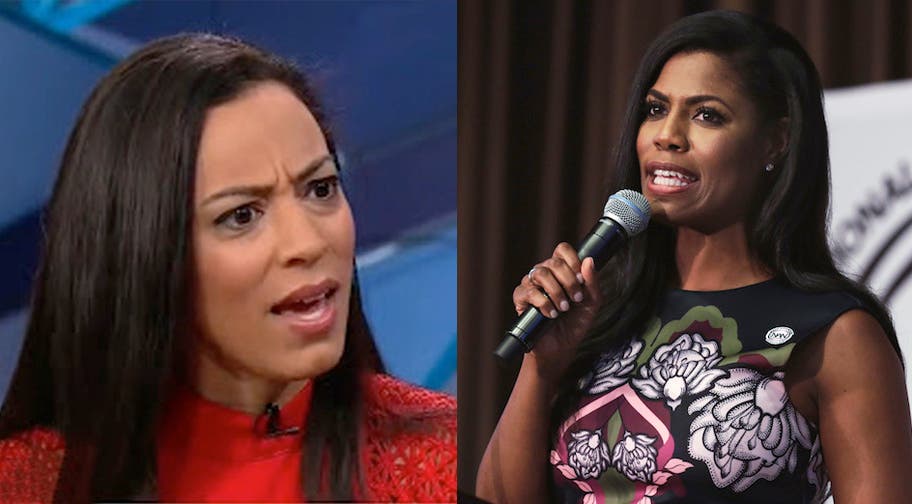 Reverend Al Sharpton’s National Action Network is holding its annual convention this weekend in New York City, and they actually extended an invitation to the Trump Administration – and it was accepted.

Who would they send to speak to the gathering of civil rights groups celebrating NAN’s  mission to “promote a modern civil rights agenda that includes the fight for one standard of justice, decency and equal opportunities for all people regardless of race, religion, nationality or gender?”

They settled on the White House director of communications for the Office of Public Liaison.  The current holder of that illustrious title is none other than Omarosa Manigault.

You remember Omarosa, the reality TV star, the Trump campaign surrogate, the one who told everyone to “bow down to President Trump?” after his shock victory November 8th?  If you hadn’t heard, she’s now the face of the President’s outreach to civil rights groups and other institutions that serve people of color.

I a speech Thursday, she appealed to the audience for support on the President’s purported efforts to “bring clean water to Flint, Michigan,” implement a “micro-lending initiative” to assist small businesses, and even to help a historically black college “keep its doors open.”

The crowd’s response?  Crickets, according to a Politico report.  About the only time she got a rise out of the audience was when her attempt at a mic drop fell completely flat.

In typical Trump fashion, she started her conclusion with a conciliatory sounding sentiment, but quickly U-turned into bluster and blather.  Per Politico:

“I am looking forward to continue to partner with you, continuing to work on behalf of the National Action Network of Los Angeles, but, more importantly, the president of the United States.”  Acknowledging the audience response, Manigault leaned forward into the mic and said, “I know who cashes my checks.”

Omarosa tried to leave immediately after her speech, but host Al Sharpton had a message for her:

“You are in a very precarious position, because you represent an administration that many of us disagree with.  But I would not be loyal to what I am if I did not address those issues and ask you to go back and tell them, ‘Yes, they were respectful. … No, they would not allow me to be silenced, but they told me to tell you that we as blacks and women are, in the first 100 days, seeing a disaster in Washington, D.C.’”

The real mic drop came later in the program, after Omarosa had left the building.  CNN commentator Angela Rye took the podium, and brought the house down with a direct rebuttal of what the “Trump’s Apprentice” tried to sell the convention attendees.  Among the highlights of her speech:

You can catch Angela Rye’s entire take-down here, beginning at the 1:07 mark.