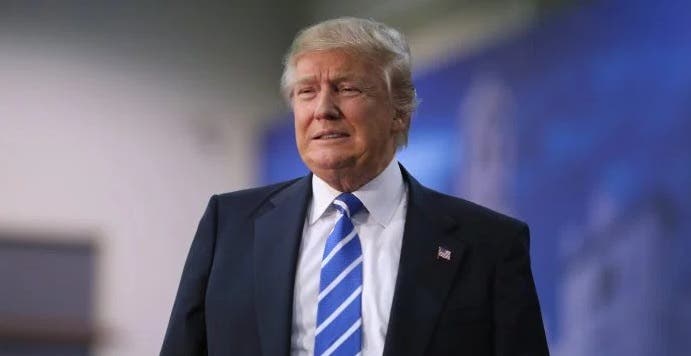 But it appears that our image-obsessed president is unable to celebrate the milestone himself, as he is consumed by shame over his utter failure to accomplish anything substantial during his first hundred days.

That much is obvious from a story recounted by the Washington Post’s White House Bureau Chief Philip Rucker, who said that Trump pulled out a copy of his electoral victory map during a meeting on Friday and begged him to run it on the front page of the Post.

“He brought out the map, he said, ‘Aren’t you impressed by this map?”

He encouraged me to take it home to my colleagues at the Washington Post and try to run it on the front page of our newspaper. I think he was sort of playing there, but it speaks to the pride that he has in that map.”

Reuters reporters also noted that in the middle of a discussion on Chinese premier Xi Jinping on Friday, Trump abruptly changed the subject and began handing out maps of his electoral victory.

One hundred days after ascending to the Oval Office, President Trump is still obsessing over his electoral college victory – the only real accomplishment he can hold up to show the world.

Trump has even taken to writing tweets describing how others have been praising him in an effort to combat the flood of disparaging criticism flooding from non-conservative media.

Trump’s behavior just reeks of desperation, a pathetic need to soothe a fragile ego and to prop up the shaky foundations of his own mental delusions. It also speaks to a tenuous grasp on reality and a very disturbing inability to put personal concerns of the ego aside for the good of the country.

Not a day has passed without Trump proving to be a national embarrassment and a disgrace we will never live down.