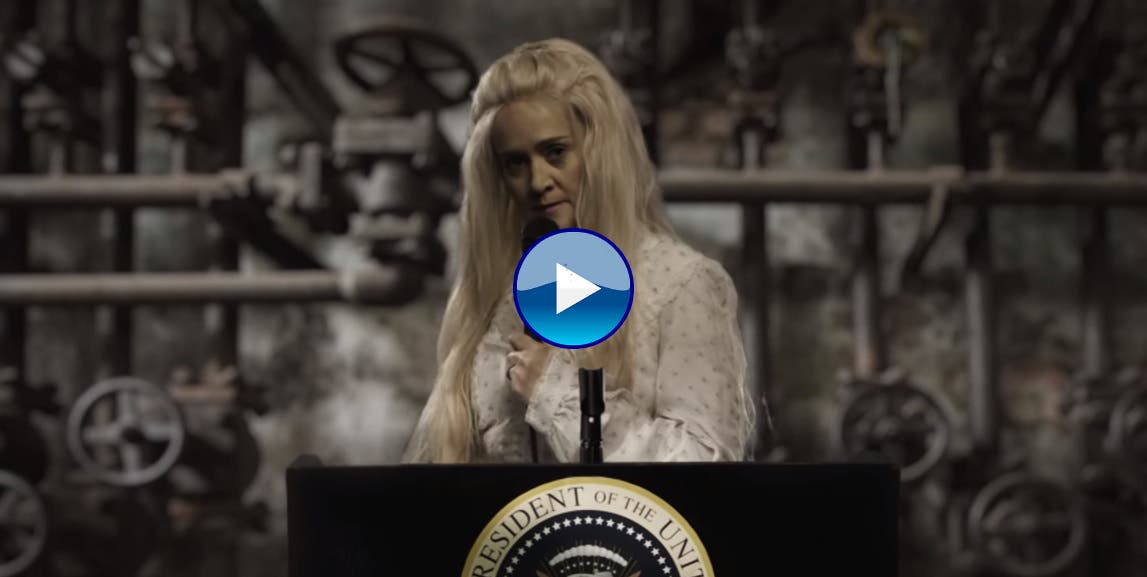 In this disturbing, if amusing clip, Samantha Bee roasts “future president Mike Pence” for his Christian extremism and his virulent misogyny.

Styled in a dystopian future clearly inspired by Margaret Atwood’s seminal work The Handmaid’s Tale, which has recently been turned into a television special on Hulu, a dour Bee opens by thanking President Pence “for allowing me this rare exception to the no-woman-chatter in public law.”

She goes on to skewer the notorious bigot for his advocacy for gay conversion therapy and his constant slut-shaming. “It’s so nice that we can finally stop demonizing immigrants and minorities and focus on the real enemy: gay children.”

Her dark comedy is tempered by the fact that the dystopia she imagines is not too far from the realm of possibility.