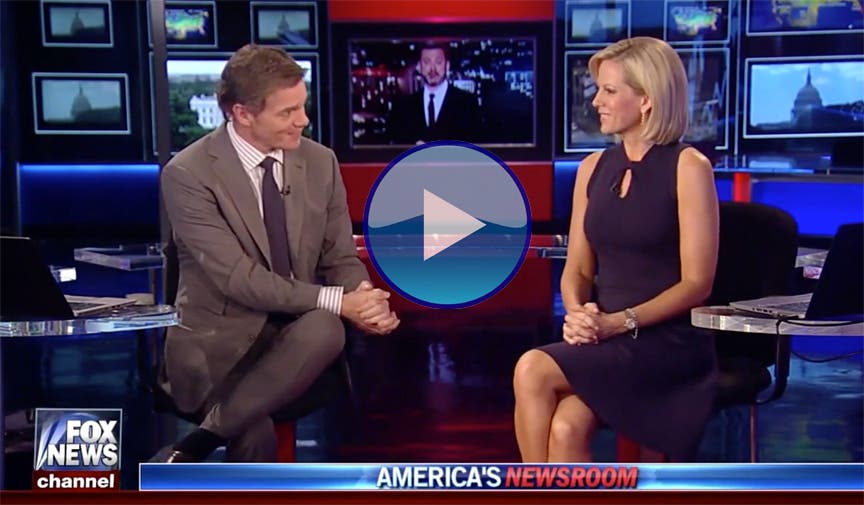 It seems everyone by now has seen Jimmy Kimmel’s Monday night monologue, where he used the backdrop of his infant son’s miracle heart surgery hours after birth to make a passionate plea to Trump and Republicans to keep Obamacare in place.

Everyone, that is, except the millions of FOX News viewers.

Oh, FOX News covered story.  They had no choice – everyone was talking about it.  But they limited their coverage to Kimmel’s harrowing personal story, and completely edited-out his concluding remarks.

According to an analysis by The Daily Beast:

“In at least three instances on Tuesday, FOX News hosts told Jimmy Kimmel’s emotional story about his infant son while ignoring his plea for unity on Obamacare.”

The first incident came on FOX News’ morning show “Fox and Friends.” The hosts of President Trump’s favorite source of ‘news’ spent about 10 seconds of airtime on the story, limiting their coverage to a short clip of the video and commenting on jokes he made about the baby’s looks and how “even atheists were praying for us.”

Shannon Bream, co-host of the daytime news show “America’s Newsroom,” committed the other two offenses, first by previewing the story with the tease, “Jimmy Kimmel opening up last night, getting very emotional and personal. Find out what brought that late night host to tears.”

Later, she introduced the story with a decidedly generic set-up, saying, “Late-night host Jimmy Kimmel putting aside comedy and opening up about his newborn son’s open heart surgery.   Kimmel’s son Billy was born April 21 but had to undergo a procedure at just three days old in Los Angeles. Thankfully all is well and Billy is now home with his parents and older sister. It’s easy to forget that these guys have a real life and real pain just like everybody else, worried about their kids.”

Yeah, that’s all true, but that wasn’t Kimmel’s point.  He shared one of the most personal, intimate moments of his family’s life not to feed his ego, but to make a larger point:

“Until what, a few years ago, millions and millions of us had no access to health insurance at all. Before 2014, if you were born with congenital heart disease like my son was, there was a good chance you’d never be able to get health insurance because you had a pre-existing condition. If your baby is going to die and it doesn’t have to, it shouldn’t matter how much money you make.  No parent should ever have to decide if they can afford to save their child’s life…it just shouldn’t happen here.”

Liberals often wonder aloud how so many FOX News viewers can be so ignorant and unaware of the real world outside of their warm and cozy conservative media bubble.