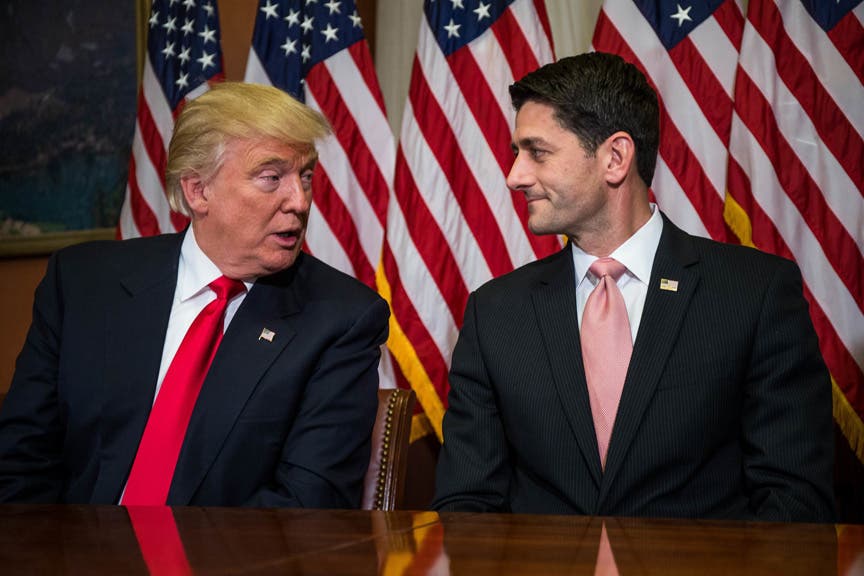 Republicans have been attacking organized labor for decades.

Whether it’s through their pursuit of so-called ‘right-to-work’ laws at the state level (that are designed to destroy unions), or with sustained PR offensives to cast the blame on unions for everything from high unemployment to the collapse of cities like Detroit, Conservatives have not been shy about their attempts to dismantle one of the pillars of the American middle class.

Tragically, these efforts have met with some success in recent years.  Today, 28 states recognize at least some ‘right-to-work’ laws, and Donald Trump was able to peel away working class voters in historically Democratic states like Michigan and Pennsylvania on his way to his shocking victory in the 2016 presidential election.

One wonders what those rust-belt voters will think of today’s news that congressional Republicans have launched a new attack on their way of life, passing legislation along party lines late Tuesday that will end time-and-a-half overtime time pay as we know it – including for union workers.   And worse still: they have Trump’s support.

The measure, backed by Republicans, would let employers give workers time off instead of time-and-a-half pay the next time they put in extra hours. The vote tally was largely along party lines, with no Democrats voting in favor of the bill. Six Republicans also voted against it.

“The Trump administration also came out in support of the measure on Tuesday. The White House said in a news release that the president’s advisers would recommend Trump sign the bill into law if it was presented to him in its current form.”

Countless workers have relied on time-and-a-half pay for decades to help save for a big family event, or to put money away for their kids’ education, or just to make ends meet.  And smart employers have recognized overtime pay as a valuable incentive for employees at times when they need to increase production or cope with other situations without incurring the cost of hiring more workers.

More pay as an incentive for going above and beyond.  More pay as a reward for more sacrifice.   It’s difficult to see the problem with this concept on any level.  Republicans and the President don’t seem to agree, however.

The bill’s prospects in the senate are slim, thankfully.  With the senate’s filibuster rules, at least a handful of Democrats would have to cross party lines for it to pass.  That appears unlikely, given that not one Democrat in the House supported this disastrous legislation today.

Whether or not this measure makes its way to the President’s desk for his signature, there can be no more illusions about Trump’s or the GOP’s supposed loyalty to the American worker.  They may say all of the things they want to hear when the microphones are hot, but with their actions they’re telling workers loudly and clearly:  “We don’t care about you.”