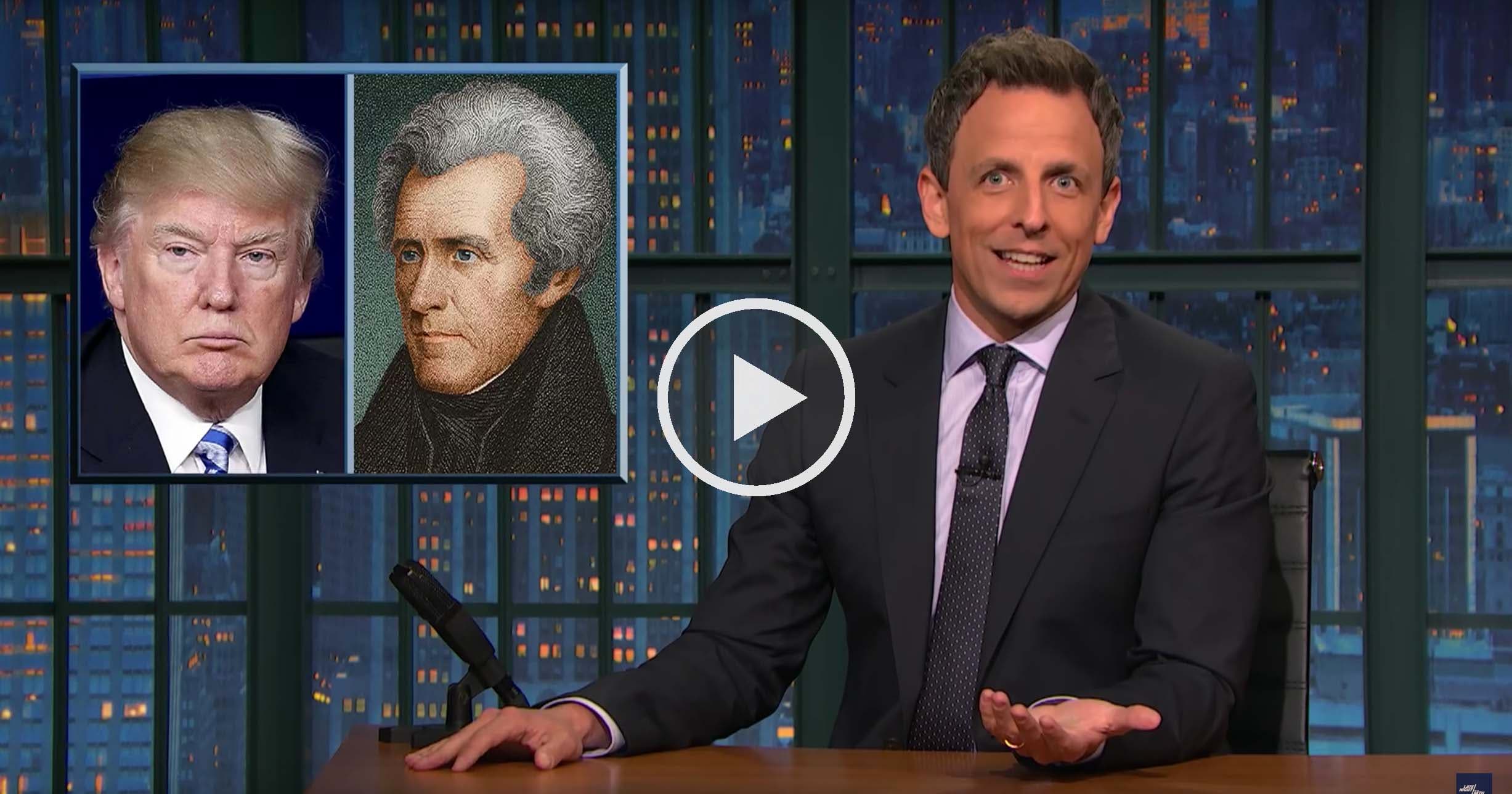 In his latest Closer Look, Seth Meyers gave himself the monumental task of lampooning the full gamut of President Trump’s ignorance of American affairs — present and past.

After skewering Trump’s latest Civil War lunacy, Meyers showed clips of Trump swearing, at rally after rally, that the job of President would be easy. These are coupled with the multitude of times in which The Donald has professed utter shock that the job he now holds is not easier.

“You thought the presidency would be easier than being a game show host?” Meyers said. “There’s a reason Abraham Lincoln is on the five instead of Alex Trebek.”

From there, Meyers hilariously moves through Trump’s immaturity with journalists, his ten minute education on China, the red Coke button on the Oval Office desk, and the obsession with his electoral victory.

Unfortunately, we’ll spend most of our time cringing at the global embarrassment that is Trump, but this is a great chance to laugh at the ridiculous man and forget that he has his finger on more than just a Coke button.