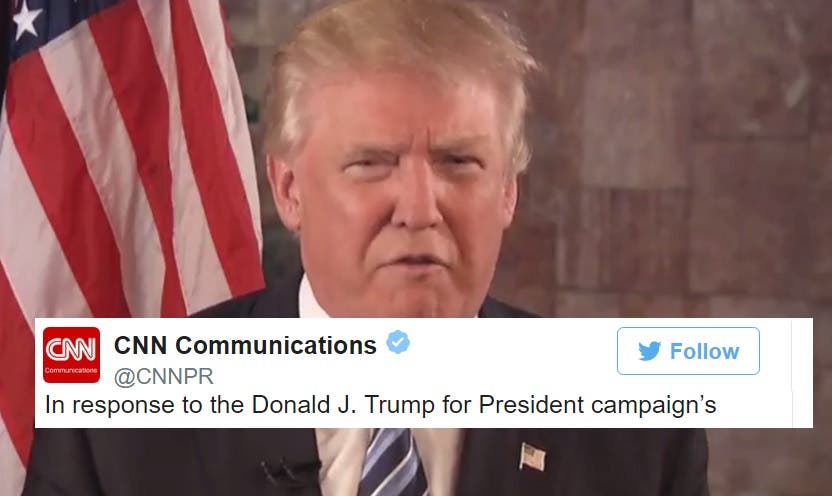 Elijah Cummings Just Caught Pence In A Lie That Changes Everything

Yesterday, President Trump’s re-election campaign spent $1.5 million to air an ad touting all of Trump’s “accomplishments” in his first 100 days that also smeared several news outlets, including CNN, as the “fake news” media.

CNN quite reasonably refused to air the ad, which prompted a tantrum from the Trump camp.

CNN’s communications account immediately fired back, announcing that since CNN is not “fake news,” they wouldn’t be airing the ad unless Trump cut out the “FAKE NEWS” graphic.

In response to the Donald J. Trump for President campaign’s accusations of ad censorship: pic.twitter.com/0Rbanpf0dn

Trump’s first 100 days have been an abject failure by any standard of measurement. There have been no major pieces of legislation signed; three of his executive orders have died in the courts. His efforts to repeal Obamacare have come to naught; his missile attack on the Syrian regime ultimately achieved nothing. Our relationships with our closest allies have deteriorated while Trump’s empty posturing on North Korea has done nothing but bring us closer to nuclear war.

Trump is desperately trying to convince the nation that his lack of accomplishments is the result of the media’s refusal to accurately report on his “accomplishments” instead of taking responsibility for his own failures – but CNN isn’t letting him get away with it.