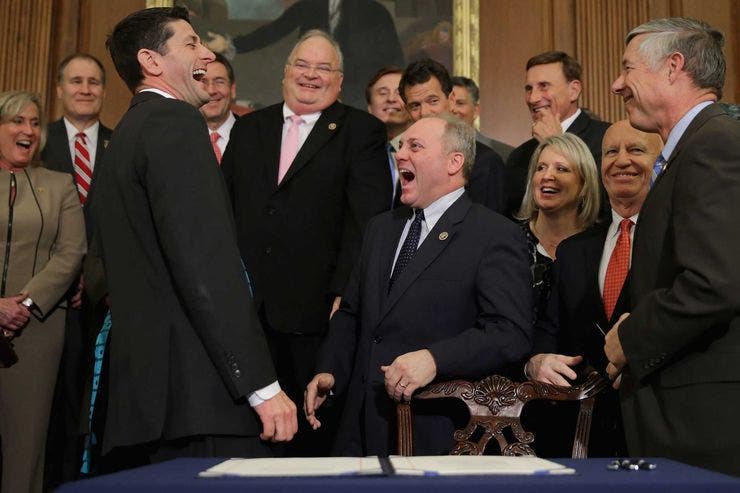 Eager to decimate as much of Obama’s legacy as possible, Republicans in Congress have voted 50 to 49 to “repeal a rule that paved the way for states to create retirement plans for workers who don’t already have them through their jobs. The White House says that President Donald Trump will sign the repeal,” according to The Huffington Post.

What makes this repeal even worse is that many Republicans and even Republican states defended the rule when it was originally issued. The only “interest group” that hadn’t supported it, of course, was Wall Street.

Obama’s executive order clarified that state-run “automatic IRA” accounts do not conflict with federal pension law. That made it easier for individual states to set up government-sponsored retirement plans that workers are automatically enrolled in unless they opt out. At least five states have already pursued these auto IRAs because millions of workers don’t have employer-sponsored plans and won’t be remotely prepared for their golden years.

While Republicans typically support deregulation efforts – like Obama’s executive order – they have shown that they would rather bend to political jockeying than even defend their own principles.

Senator Patty Murray (D-WA) even reminded Republicans that it was the Heritage Foundation, a conservative think tank, that promoted this rule.

“As much as my colleagues on the other side of the aisle may not like to recall now, many of them have been on the record previously supporting these kinds of efforts.”

Congressional Republicans have clearly shown that, by decimating an otherwise bipartisan rule that has helped over 13 million Americans, they would rather curry favor with an unpopular President seeking to destroy Obama’s legacy than represent their constituents. With the tide already turning in local elections, voters will not forget moments like this.