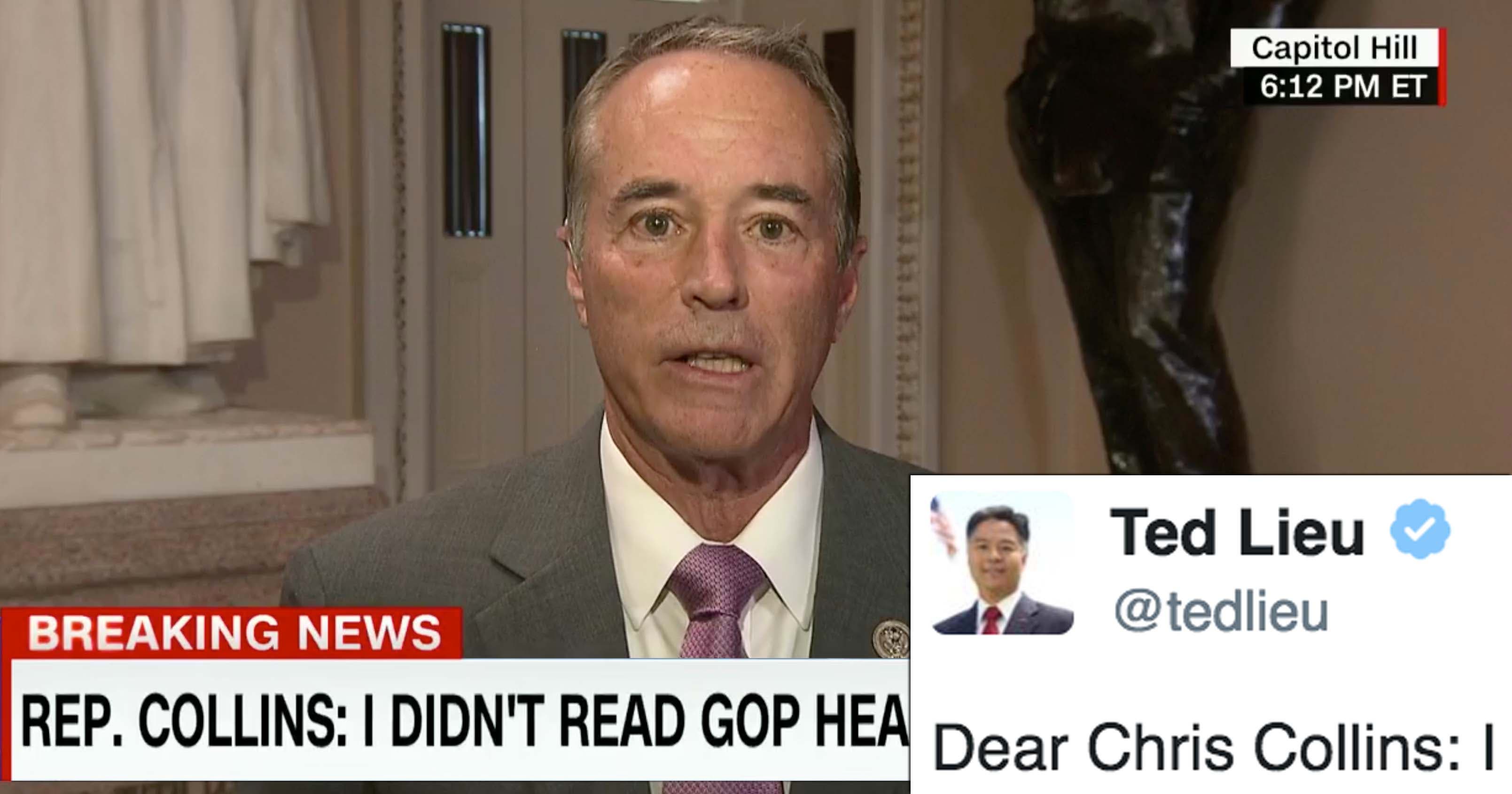 Shortly after voting to take health coverage away from tens of millions of Americans, Congressman Chris Collins (R-NY) went on national television and admitted to Wolf Blitzer that he did not read the bill, but insisted it was no big deal.

Congressman Ted Lieu (D-CA) did read the bill, however, and he immediately took to Twitter to hold Collins accountable.

The Congressman was blunt: “It sucks.”

But he wasn’t finished. Since Collins did not have time to read the destructive legislation he supported, Lieu relayed some of the finer points in fewer than 140 characters.

Hopefully, Collins can make time to read Lieu’s prescient words in their entirety before he harms any more Americans.