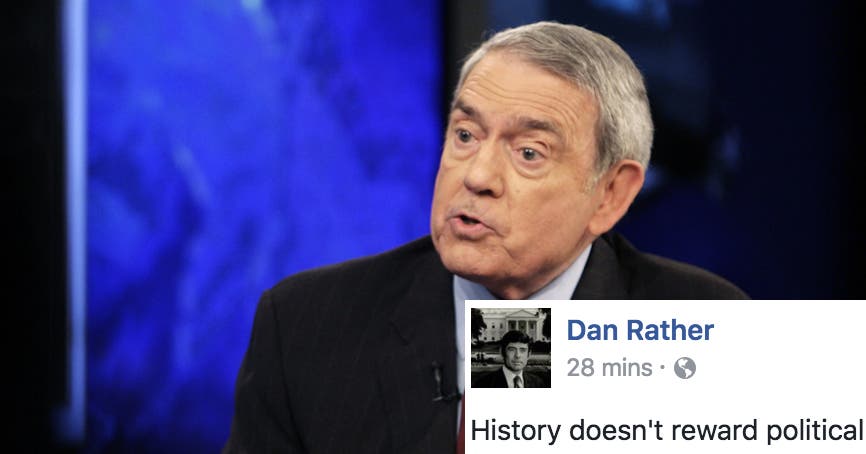 Moments after House Republicans narrowly passed President Trump’s plan to take healthcare away from 24 million Americans and jack up premiums for millions more, Dan Rather took to Facebook to share his anger. His outrage puts him in good company, but few have the ability to express the dangers of Washington’s Republican establishment like the legendary journalist:

“The health care bill that the Republicans have just rammed through the House of Representatives is all about optics. It’s all about a political “win” for the President and his party. It’s all about serving the base.

“What will this bill mean for all of these people, and countless more? We don’t know. No one really knows. We are an a rush without reason. A major piece of legislation is being crammed through before it is even analyzed and vetted. Of course our current system isn’t perfect – far from it. Of course the Affordable Care Act needs revisions. Who gets something that big right the first time? But instead of progress and thought, we get chaos and grandstanding.

“There will be no end to the speculation of how this will affect the political fortunes of the two major parties. And on that front, frankly, my dear, I don’t give a damn. I worry for my fellow citizens for whom the burden of health will now be compounded by the burden of injustice.”