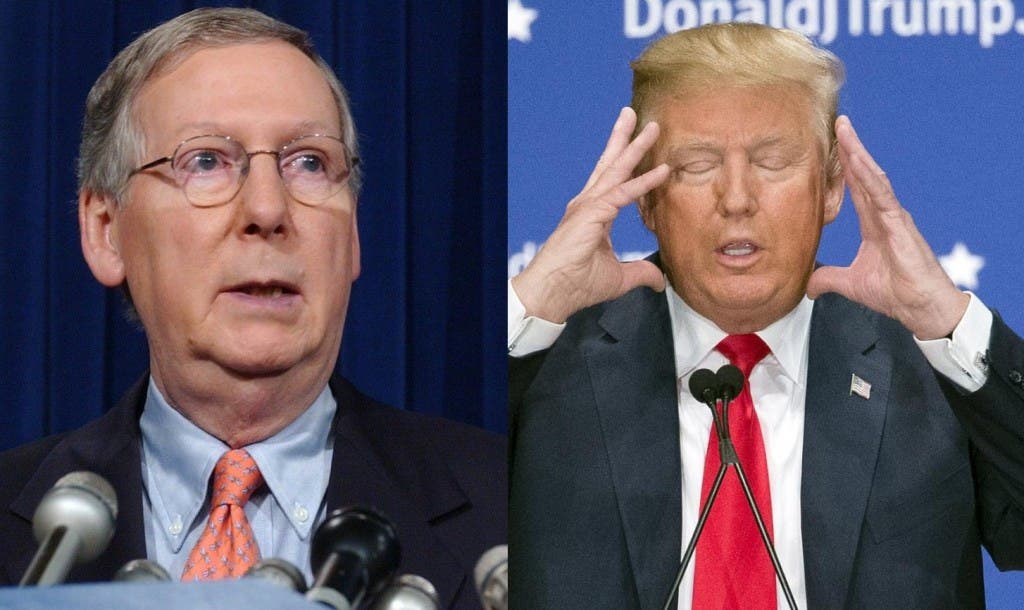 Trump’s Chief Of Staff Just Used A Football Metaphor To Praise Trump. It Ended In Disaster

At about the time the cases of beer were being distributed to giddy members of congress, GOP senators sent a warning shot across their bow, letting it be known that they have no interest in taking up the highly flawed House bill.

According to a report by the Washington Examiner, released almost immediately after the vote became official:

Senate Republicans said Thursday they won’t vote on the House-passed bill to repeal and replace Obamacare, but will write their own legislation instead.

A Senate proposal is now being developed by a 12-member working group. It will attempt to incorporate elements of the House bill, senators said, but will not take up the House bill as a starting point and change it through the amendment process.

“The safest thing to say is there will be a Senate bill, but it will look at what the House has done and see how much of that we can incorporate in a product that works for us in reconciliation,” said Sen. Roy Blunt, R-Mo.

There are two reasons for the caution.  First, despite what the President and the House GOP are trying to project with their petty revelatory antics, nothing mechanically substantial has yet taken place.  In fact, Republicans have reached this point over 50 time before when Obama was President, only to see their bills die on the vine.

The second reason is that Senate rules present a much tougher vote threshold.  New York Magazine recently reported that the quirks of the way the Republicans have decided to go about repealing ObamaCare present major procedural hurdles in the upper house of congress:

The Republican plan, remember, is not to pass health care as a normal bill, but to pass it as a budget reconciliation bill. This gives them the ability to evade a filibuster in the Senate, but it also means that bills can only include budgetary measures. A repeal of regulations on health insurance are not a budgetary measure. Republican sources tell Politico, “When Republicans wrote the blueprint for the repeal bill in 2015, the parliamentarian made clear that insurance regulations would not comply and the issue wasn’t put under significant scrutiny.”

This means that at least some of the controversial provisions in the House bill, as they are currently written, will probably require 60 votes to prevent a filibuster by Democrats.  With control of only 52 seats, Senate Republicans will have to leave those provisions out, or neuter them to the point of irrelevance, if they expect a single Democrat to even consider supporting their version of an ObamaCare replacement bill.

Even if they maneuver their way through the reconciliation process and present their bill on the floor for an up or own vote, the Republicans still can only afford to lose 1 moderate GOP Senator to secure the 51 votes they need.  Any more than that and the bill fails.  20 moderate Republican congressmen/women voted against the AHCA today, and a handful of their Senate brethren have already announced they have serious concerns with the House bill.

And so today’s victory, pyrrhic as it already is, might not even stand as a victory by the time the Senate is done with their half of the game.  Still, for the much maligned Trump presidency, even a halftime lead must look like a win.