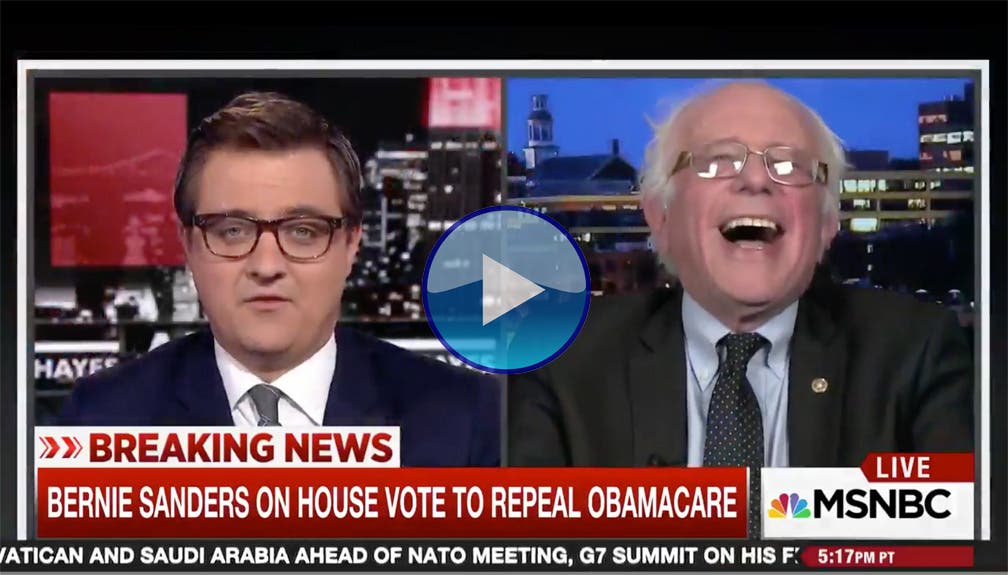 Just hours after an elaborate White House Rose Garden ceremony where he praised House Republicans for taking the first step on the road to killing healthcare for millions of Americans, President Trump held an impromptu press conference with Australian Prime Minister Malcolm Turnbull and praised his country for having “better healthcare than we do.”

The only problem? Australia has single payer healthcare that guarantees coverage for all of its citizens.

The irony of his quip wasn’t lost on Senator Bernie Sanders (D-VT), who appeared on MSNBC’s “All In With Chris Hayes” this evening and saw Trump’s announcement for the first time – and he exploded into laughter.  Once he collected himself, he said:

“Wait a minute Chris, wait a minute: The President has just said it. Let’s take a look at the Australian healthcare system. Maybe he wants to take a look at the Canadian healthcare system or systems throughout Europe. Thank you, Mr. President. Let us move to a medicare-for-all system that does what every other major country on earth does – guarantee healthcare to all people at a fraction of the cost per-capita that we spend. Thank you, Mr. President. We’ll quote you on the floor of the Senate,”

You can view Sen. Sanders’ epic response below.