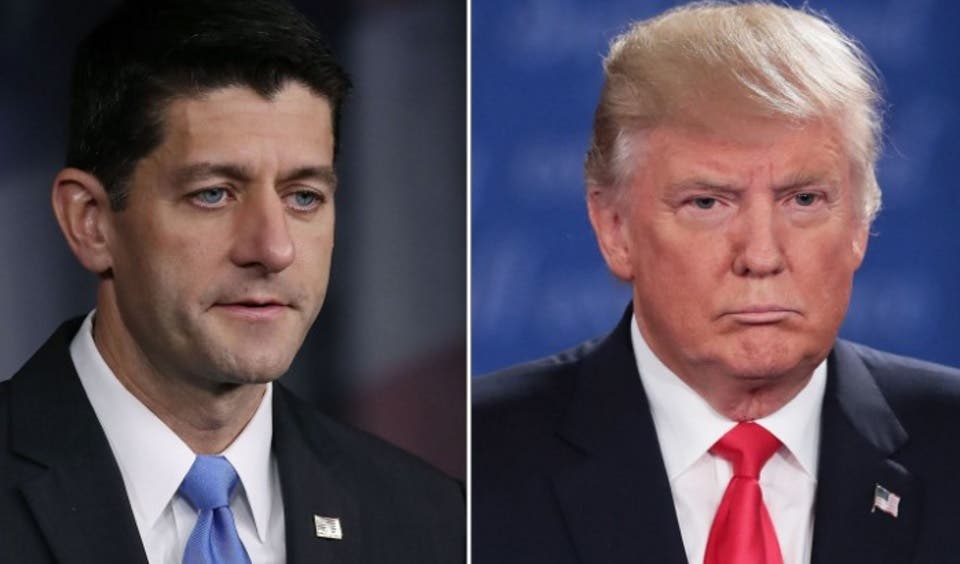 A Republican Lawmaker Just Got Caught On Tape Slapping A Reporter

For a president who made veterans’ issues a cornerstone of his campaign, Trump has been silent on the disastrous impact his new health plan could have on those who have served bravely in America’s military services.

Among the many flaws in the Trumpcare bill, callously passed by Republicans yesterday, is language that effectively strips over seven million veterans of their healthcare coverage. It makes cuts to tax credits for veterans who are eligible to receive health care from the Veterans Affairs system.

As a result, millions of veterans who now get health care outside of the VA would have to go to the VA for treatment. Since the VA is already overwhelmed with patients – and has a backlog of cases that has been growing since Trump put a freeze on federal hiring and made cuts to VA programs – that is a disaster that will negatively impact all veterans.

The problem has been known since March when the first version of Trumpcare made the rounds, but Republicans have chosen to pretend it is not a problem and has not made a fix in the version of the bill passed by the House.

On March 23, Press Secretary Sean Spicer was asked about the veteran’s being left out and after going back and forth with a reporter said, “I’d have to follow-up with you, I’m not aware of any modifications…that would have that effect.”

Flash forward to this week, where Rep. Mark Takano (D-CA) spoke out about the problem on the House floor during what passed for a debate on Trumpcare.

“Those seven million veterans who are eligible for VA care, even if they are not enrolled, would not have access to the tax credits in this law,” said Takano, according to HuffPost. “This is not fear-mongering. This is not hyperbole. This is the text of the bill we are voting on today.”

As the debate raged yesterday, the group Vote Vets also made a plea:

The #AHCA #TrumpCare plan cuts the tax credit that makes health care coverage affordable for veterans – and pushes them into the VA system. https://t.co/SmI6d6I2gs

The Republican head of the House Veterans Affairs Committee, Phil Roe of Tennessee, insisted Trumpcare would retain tax credits for veterans, but the final draft was not altered, and veterans were out of luck.

Roe also argues that the credits are still intact because a 2012 IRS ruling that made them valid is not impacted by the passage of Trumpcare.

But Democrats point out the rule in question was drafted as part of Obamacare, and without it, it is unlikely that IRS guidance will still be valid.

Rep. Tammy Duckworth (D-Ill), who is a veteran, blasted back that Roe and the Republicans are just dead wrong. “The tax rule does not apply,” Duckworth told HuffPost. “It would not provide surefire protections, and our veterans deserve better than a half-baked promise.”

“We were loud and clear about the disastrous impact [Trumpcare] could potentially have on millions of veterans,” Rep. Tim Walz (D-Minn), a ranking member of the House Veterans Affairs Committee, said yesterday.

“I’m surprised there wasn’t a fix [by Republicans],” said Duckworth. “For people who say they want to help veterans, I’ve not seen any evidence of it.”

Will Fischer, director of government affairs for VoteVets, and an Iraq war veteran promised there will be repercussions for Republicans:

“There will be an extraordinarily steep price to pay for passing this bill and stripping tax credits from millions of veterans. We will be warning all members right now, you will own this vote. We are going to make ever one of your constituents know you voted to kill health care for veterans.”

“We will run ads,” continued Fischer, “we will knock on doors, we will send direct mails. You won’t be able to go anywhere without your constituents pointing at you and saying, ‘That’s the Congress person who voted to punish veterans with Trumpcare.”

It is possible this particular issue will be addressed by Republicans in the Senate version. Or the bill may never pass at all. But the fact remains Republicans who rushed to pass Trumpcare without acknowledging all the damage it will do – to veterans and millions of others – will have to answer to voters who will remember what they did in 2018 and beyond.