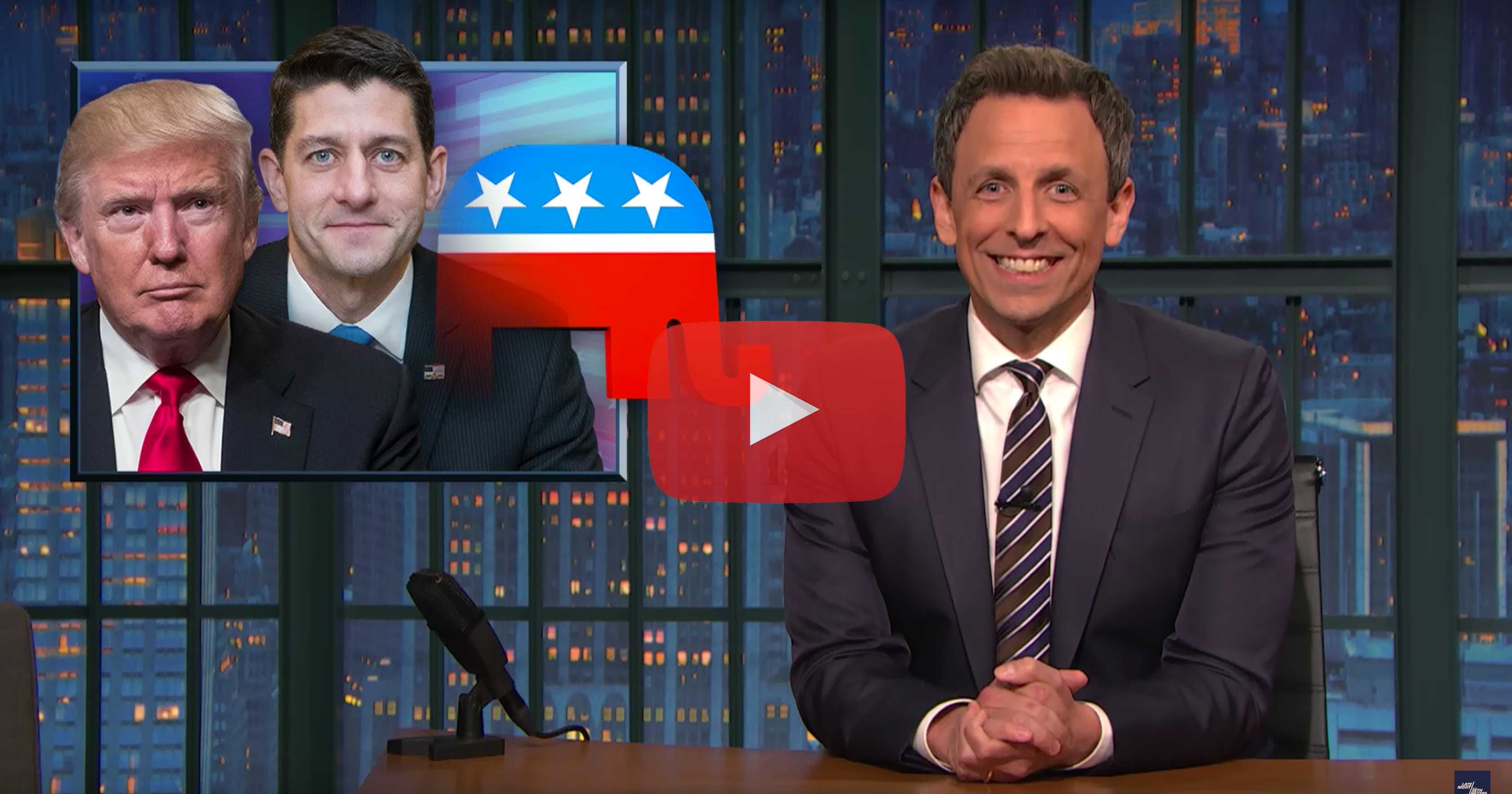 Of course, while the President may not know it,Seth Meyers understands how a bill becomes a law well enough to know Trump is still a long way from repealing Obamacare. On his last Closer Look, the Late Night host ridiculed Trump for thinking everything would be easy — from healthcare, to presidenting, to peace in the Middle East. (Video below.)

“Peace in the Middle East is the phrase people use to describe something that’s difficult,” Meyers said. “That’s like saying ‘when I need a needle, I just go straight to the haystack and grab one. Boom!'”

Meyers goes on to shred Trump and Speaker of the House Paul Ryan for their hypocrisy and disconnection from reality. He played tape of Trump breaking script at yesterday’s press conference to say, “I’m President! Can you believe it?”

Meyers ridiculed both men without mercy and, after the deadly bill they celebrated yesterday, it’s still better than they deserve. It is however, hilarious.