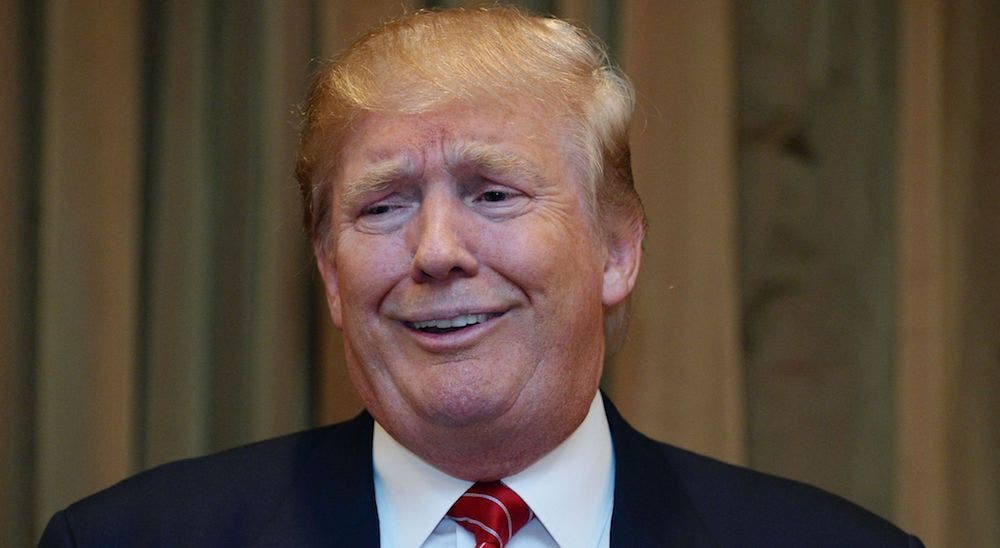 Trump’s fragile, toxic ego took a haymaker to the ochre face when he returned to his home city yesterday. “New York Hates You,” protestors shouted at him upon arrival.  Of course, the thin-skinned coward-in-chief couldn’t handle the perfectly understandable and well-deserved vitriol.

Lying comes just as easily as cowardice to our sniveling president, and so he snatched at the chance to wed the two. Rather than stay in his  garish suite at Trump Tower in the city, Trump elected to stay in New Jersey. He was unable to face the naked hatred New Yorkers feel towards him, and lacked the courage to admit that he has no courage. He tweeted:

Rather than causing a big disruption in N.Y.C., I will be working out of my home in Bedminster, N.J. this weekend. Also saves country money!

His mendacity leaps off the screen as eagerly as he leaps at married women.

First of all, Trump has a long track record of selfishly, even gleefully disrupting the lives of Americans. Melania and Barron Trump have been staying in Trump Tower at great cost to the taxpayers as well as inhibiting traffic to local businesses. On top of that, his constant trips to Mar-a-Lago have made the Secret Service’s job exponentially more complex.

Second of all, the idea of Trump “working” at home is laughable. He’s displayed a far greater interest in golfing than any semblance of what could possibly be considered “governance.” He can’t be bothered to read legislation himself, or even pick up a book on basic American history.

Thirdly, and most egregiously, the trip in no way saves the country money. Saving the country money would be Trumping staying in the White House, which at this point he seems to have an almost allergic aversion to. Protecting and taking care of a president is no cheap task, but it’s much easier and less expensive when the president remains at the estate specifically designed and funded on his behalf. Independent estimates put the cost of Trump’s NJ stay at $839,858.78.

No reasonable person wants Trump in the White House, but since we’re stuck with him as president he could at least do us the decency of living there.