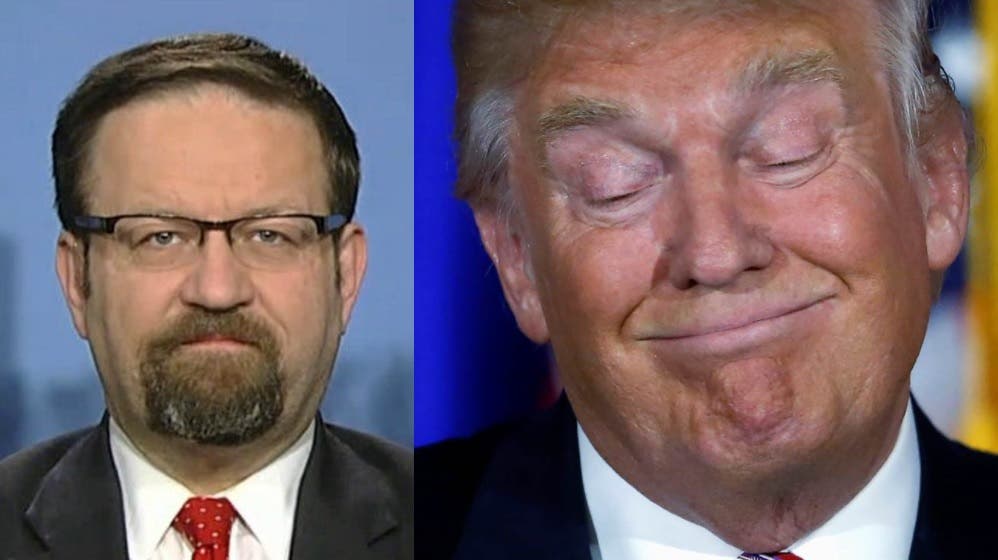 President Trump just personally intervened to save the White House job of Sebastian Gorka, joining white supremacist and Chief Strategist Steve Bannon in arranging for the Hungarian national and pro-Nazi Gorka to remain in the White House.

Last week, a conservative journal reported that members of the administration – most likely Trump’s son-in-law Jared Kushner – was looking to rid themselves of Gorka. Insiders remarked that Trump’s team was just trying to dump “a staffer with few official duties and mounting public relations baggage without having to upset the president.”

Then, as the Daily Beast reports, President Trump personally headed Gorka’s exit off at the pass along with his beat down, alt-right alter ego Bannon’s direct intervention:

President Donald Trump and his chief strategist Stephen Bannon “personally intervened” to put a halt to Gorka’s White House eviction, two senior administration sources said. News of Gorka’s looming departure from the White House came amid security clearance issues and a mounting controversy over his involvement with a far-right Hungarian group notorious for its collaboration with the Nazi regime during the World War II.

Gorka and Bannon are close. They worked together at Breitbart News—the far-right Trump-boosting outlet that Bannon once ran as a “dictator,” according to former employees—where Gorka served as national security editor even as he was also a paid consultant for the Trump campaign.

President Trump has to answer to America as to why he’s keeping the Hungarian with a fake doctorate in the White House.

Gorka isn’t on the NSC – thank goodness! – and his only apparent purpose is being “part” of a “White House think tank” and making public appearances to discuss his anti-Muslim hatred, which suggests that his sole role is as a propagandist.

Trump personally intervened to keep Gorka as an advisor, even though his Ph.D. has been determined to be Trump University-level fake, and he is a confirmed member of a pro-Nazi Hungarian nationalist group called Vitezi Rend.

The Republicans who fell in love with “extreme vetting” are silent as their President is allowing a recent immigrant to stay in the White House as a federal employee in a no-show job.

Meanwhile, House Democrat Jerrod Nadler from New York was the first calling for an investigation of Gorka’s immigration status because the United States won’t give citizenship to Hungary’s Nazi party members, meaning that he may have lied on his application.

Since then, three Democratic Senators echoed that call in a demand for the Department of Homeland Security to investigate Gorka for materially falsifying his entry paperwork.

Sebastian Gorka’s failure to disclose his Nazi roots to enter the United States and become a citizen is emblematic of the way members of the Trump White House operates: Illegal, deceptive and looking to blame scapegoats for anything they can, while breaking all of the laws they possibly can, from inside the White House.