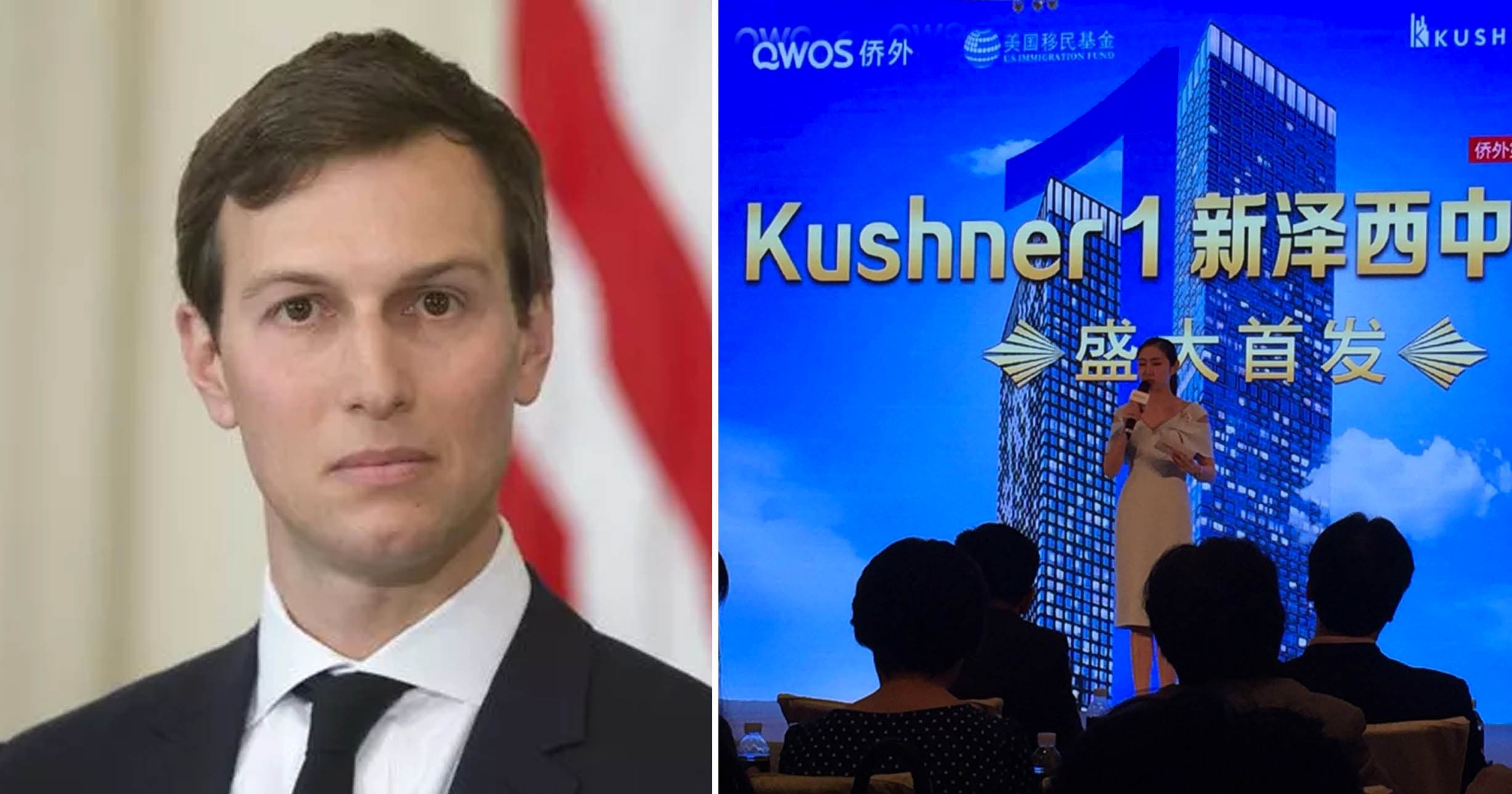 In Beijing, China, this weekend, the media was ejected from an event in which the family of Jared Kushner, President Trump’s son-in-law, suggested U.S. visas would be granted in exchange for substantial investments in the company Kushner ran until last year.

Kushner’s sister, Nicole, sought funds for the family’s Kushner 1 real estate project in New Jersey, and openly touted her brother’s connections to both the company and the president. Understanding the poor optics of putting such a blatant conflict of interest on full display, the Kushners had journalists removed from the event — forcibly in some cases.

Congcong Zhang, a Beijing-based researcher for the Washington Post, confirmed that the organization threatened, harassed, and physically removed her:

I was threatened, harassed and forced to delete recordings and photos of The Kushner family recruiting Chinese investors in US Green cards. https://t.co/8IG5LzjbaU

Thanks everybody for the support and concern. I am safe and well.

People from the Chinese company that works with the Kushners on the investment visa surrounded me and grabbed my shoulder.

They tried to force me to leave, then grabbed my phone. I could only get it back if I agreed to delete all recordings and videos.

My phone was not connected to a VPN at that time so saving to Google drive was not possible because of Chinese internet controls.

The Trumps and Kushners have been brazenly using the presidency as a means to financially enrich themselves since even before Inauguration Day. Now, we are seeing them cross a new line into tyranny by physically abusing individuals who try,to tell the truth about their deeds.

These tactics from the First Family, especially coming so early in the presidency are disturbing, to say the least. We would not allow this kind of behavior from an airline, and we definitely should not stand for it coming from the President of the United States.

Sheila Norton
Sheila Norton is a writer with ten years of Capitol Hill experience. Subscribe to the OD Action email to get all the hottest news delivered right to your inbox every day at www.odaction.com
Latest Posts
Tags
style