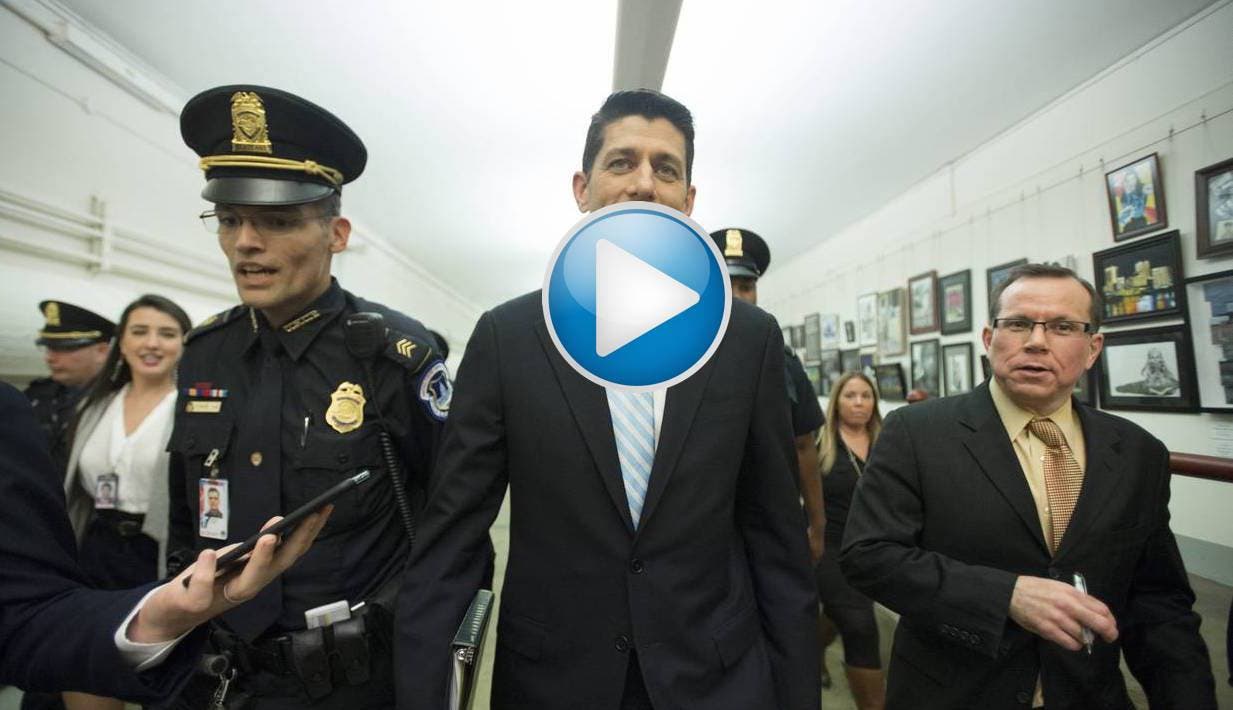 Speaker of the House Paul Ryan has piggybacked onto the Trump presidency to forward his own toxic agenda. The congressman, who has admittedly fantasized about gutting Medicare since college, is a dangerous ideologue. His unshakable belief that Americans shouldn’t be called on to help other Americans in need is one of the greatest threats to the general welfare. Today, Paul Ryan visited a charter school and was given the welcome he deserves:

As Ryan arrived at Success Academy in Harlem, a crowd chanted “shame” over and over again.

"Paul Ryan, shame on you! Greedy, cruel, selfish, too!" Protest over @SpeakerRyan visit at Success Academy in Harlem. pic.twitter.com/k0WFQcR7Er

#ExcuseMeMrSpeaker Ryan Come Out! We've got some things to talk about! pic.twitter.com/eSWXOIqBrm

Trumpcare poses a mortal danger to millions of Americans. Paul Ryan, architect of the evil legislation, is quickly discovering Americans wont lose their healthcare without a fight.