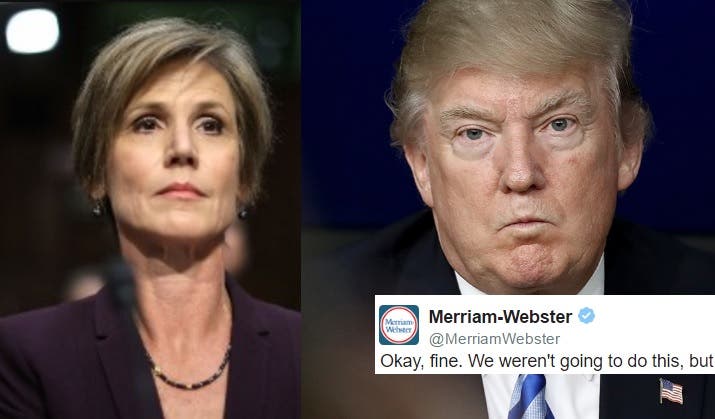 Merriam-Webster just clowned on President Trump for his notably tenuous grasp on the English language, calling him out in a series of tweets for mixing up the words “counsel” and “council” in his tweet attacking former Acting Attorney General Sally Yates for testifying about her role in exposing disgraced National Security Advisor Michael Flynn being vulnerable to blackmail by the Russians.

Here’s Trump’s original tweet, which was deleted and then replaced with the proper spelling.

Trump’s tweet was immediately condemned not only for having the potential to be considered witness intimidation by the press but was also mocked by Merriam-Webster dictionary for being improper English. 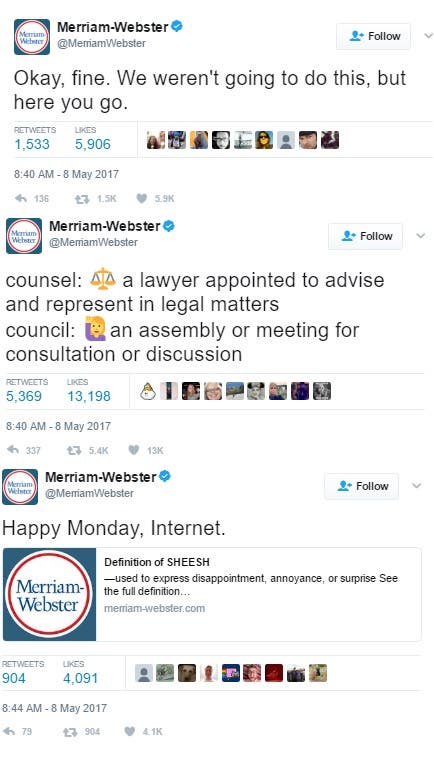 This isn’t the first time Merriam-Webster has trolled Trump for his poor grammar. Trump is well known for his aversion to reading, even asking that his policy briefings be presented to him in bullet points like a high-school PowerPoint presentation. While it may be petty to mock the President for making grammatical errors, it speaks volumes about his intellectual laziness and the lack of care he takes when penning his attack tweets.

Once again, Trump has proved himself to be an embarrassment to our nation.