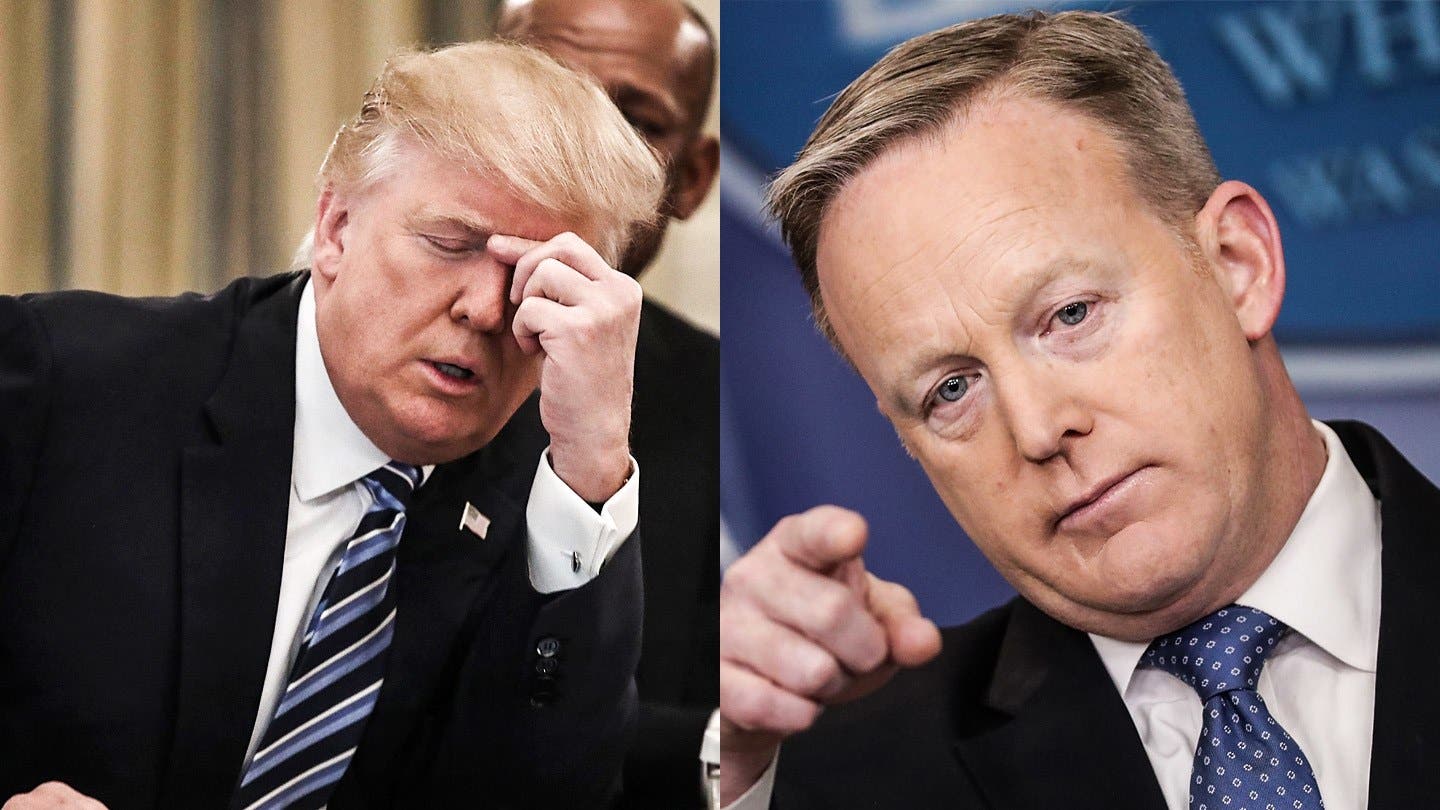 FBI Director Jim Comey may not be the only person to lose his job this week.

Sources inside the West Wing are telling CNN that Press Secretary Sean Spicer may be on the chopping block after his conduct following Trump’s controversial firing of the FBI Director.

CNN’s White House correspondent Jim Acosta tweeted this bit of news soon after today’s press briefing, which, conspicuously, was not conducted by Spicer, but by his deputy, Sarah Huckabee Sanders.

Occupy Democrats reported on the “embarrassment / disaster” that was Sean Spicer’s comedy of a briefing last night, and this morning the press room was abuzz with speculation about Spicer’s future when it was announced that he would not be conducting today’s briefing.

Huckabee Sanders’ polished performance in his place won’t ease any concerns Spicer may have about his job security.  She stepped-in like a back-up QB who thinks she should have been starting all along.

Spicer has never been a favorite of Trump’s.  It was Chief of Staff Reince Priebus who lobbied the President to hire him.  Spicer worked for Priebus at the Republican National Committee prior to the election, but since the inauguration, the President hasn’t hid his displeasure with his job performance, even expressing regret over hiring him.

Whether Spicer will leave the White House altogether, or simply get kicked upstairs and run the press department off camera, isn’t clear.  What is clear, however, is that Trump’s patience with Spicer has all but run out.