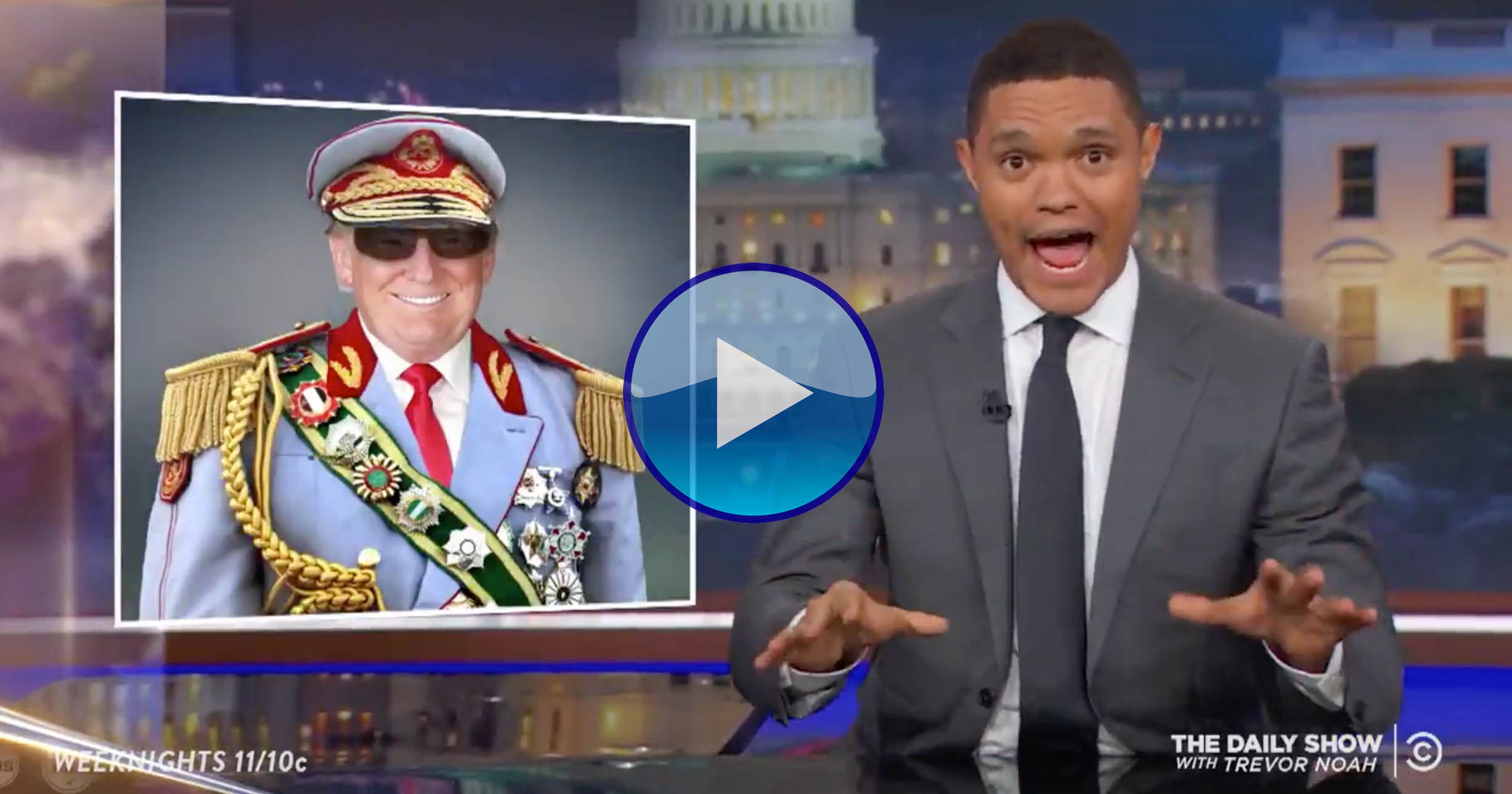 Noah trailed off in mock bewilderment as the crowd roared with laughter.

When the host regained his bearings, he said that while he has compared Trump to African dictators in the past, “Right now, even Africans are watching this going, ‘yo yo yo yo yo,’ they’re like, ‘Donald Trump does not f*ck around, eh?!’”

The host was just getting started, then delving into the reasons Trump gave for firing Comey, the mishandling of Hillary Clinton’s email scandal, which Noah called “the most gangster excuse.”

The audience rolled in the aisles. Even for Noah, who has been on fire lately, this is a grade-A skewering our dictator-in-chief.