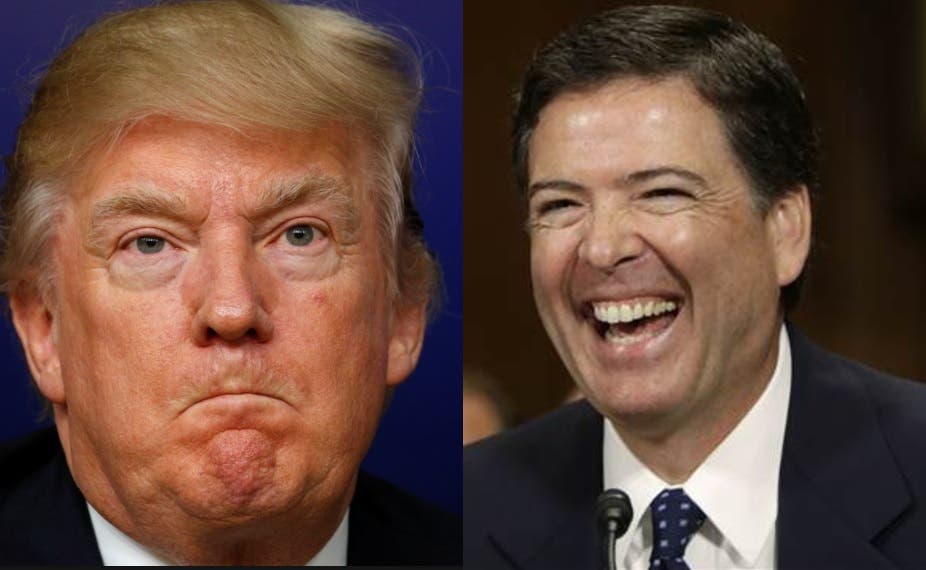 Trump Just Got A Nasty Surprise On His Own Doorstep

The U.S. Senate Intelligence Committee investigating the Russian interference in the 2016 presidential election today reversed an earlier decision and invited Comey to testify before the panel next Tuesday, according to Politico.

Although he is a Republican, Burr has made clear he is troubled by the timing and the reasons behind Trump’s sudden decision to fire the FBI Director.

My statement on the dismissal of FBI Director Comey https://t.co/ovoe34xajZ pic.twitter.com/1hB0QveczE

Earlier, Burr had said that since Comey had been terminated, the committee would hear from the new Acting Director, Andrew G. McCabe. He is likely to testify now as well.

Comey last testified before the Senate Intelligence Committee on May 2 when he discussed his earlier investigation of Hillary Clinton, and the letter he wrote that was leaked just before the election which she has said was in part to blame for her loss.

During that hearing, Comey was asked how he made his decision to go public with the information on the eve of the election. Comey had said it made him feel “mildly nauseous” to think what he did might have influenced the election, but he felt he could not keep the Congress in the dark about what he had found (He later had to retract what he said after it was shown that there were not classified emails sent to her assistant’s email server).

What is even more important now in retrospect is that Comey said he could not let politics influence his decision.

“I can’t consider for a second whole political futures will be affected and in what way,” Comey had said. “We have to ask ourselves what is the right thing to do and then do it.”

Those must have been chilling words to Trump, who values loyalty among those around him more than anything else, including the facts. Knowing from his tweets how nervous and concerned Trump is about the FBI, Congressional and intelligence investigations into how the Russians illegally influenced the election, that would have made him fear Comey.

Now Comey has been fired but the investigations continue as the scandal unfolds.