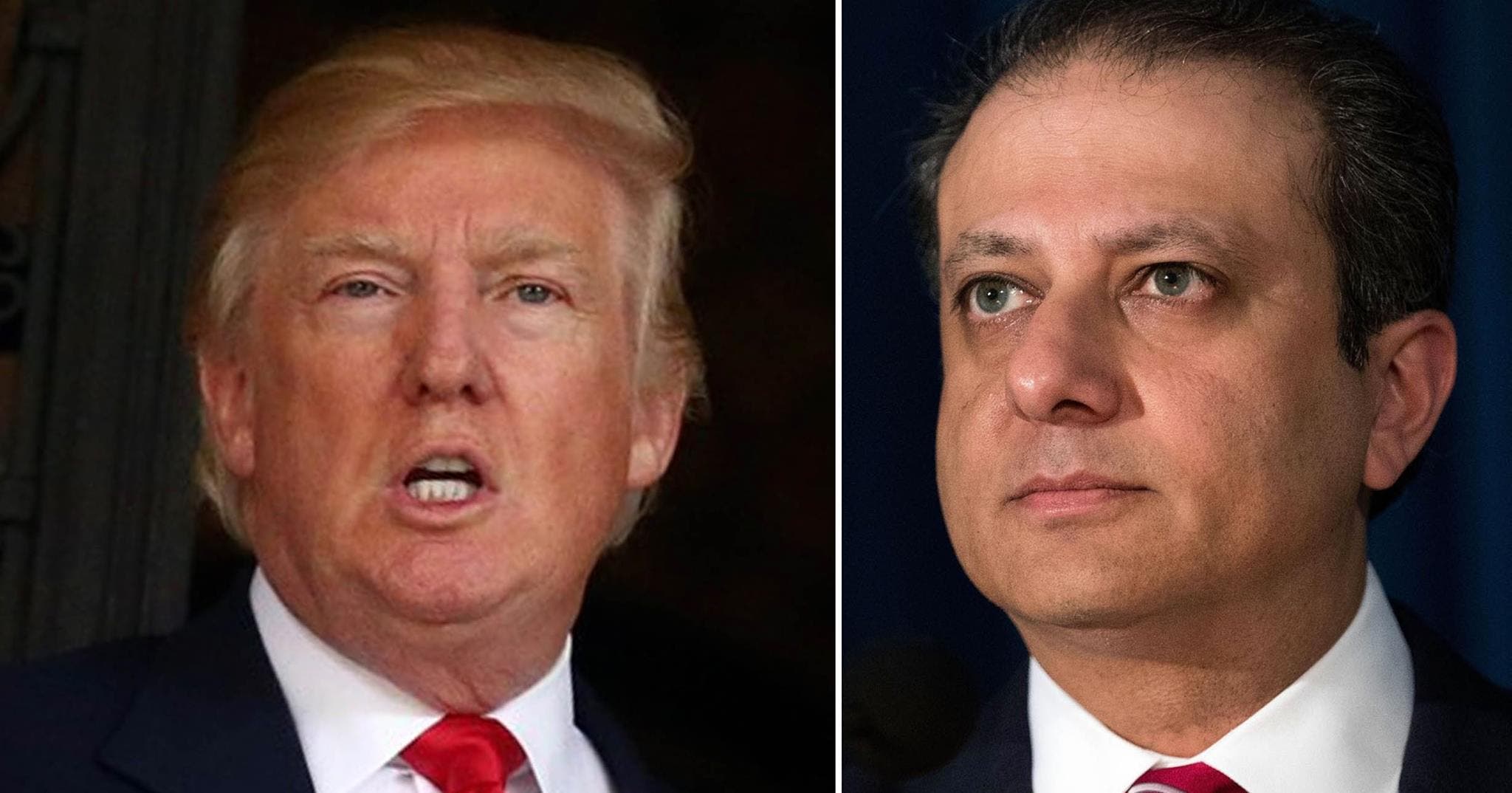 Since Preet Bharara was fired by Attorney General Jeff Sessions in March, after eight years doing an outstanding job as the U.S. Attorney for the Southern District of New York, despite having been praised by Trump previously, he hasn’t been heard from very often.

His name came up yesterday when U.S. Senate Minority leader Charles Schumer (D-N.Y.) mentioned that Bharara was one of those fired as they were looking into Trump and his campaign’s links to Russia.

First Pres Trump fired Sally Yates, then Preet Bharara. Now #Comey. Doesn't seem like an accident. We must have a special prosecutor.

In the wake of the sudden firing of the FBI Director, Bharara has broken his silence in several pointed tweets:

EVERYONE who cares about independence & rule of law in America should be "troubled by the timing and reasoning" of Comey firing. Period. https://t.co/nAFX0OnuvH

Citizens working together are more powerful than US Attorneys. And presidents. https://t.co/cBJRl5go6q

Trump had good reason to fear a prosecutor known as a “crusader” who had shown his interest was in the public good and the truth, not in playing dirty politics.

Now on the faculty of the New York University School of Law, he was fired by Sessions after he refused to resign along with other U.S. Attorneys.

It was not long after Bharara had opened an investigation into links between Russia interference and the Trump campaign in the 2016 election.

Making him more dangerous to Trump, Bharara has a history of being fearless in going after both Democrats and Republicans who are guilty of public corruption. Under his leadership, his office also shown international reach, including taking down Russian mobsters involved in a $230 million money laundering scheme in 2013.

Bharara had also gone after Russians involved in terrorism and narcotics trafficking. He was even banned by the Russian government from entering their country over trumped up claims of human rights violations.

His banning was actually retribution in 2012 after Congress passed, and President Obama signed,  legislation after the suspicious death of a Russian lawyer in prison who had been investigating corruption.

If there is one thing Bharara understands, it is how corrupt officials try to hide their nefarious actions by creating a pretext that going after an enemy is actually about something else – such as Trump claiming he fired Comey over his handling of Hillary Clinton’s emails, months after it happened, and after he praised Comey for his actions at the time.

So here is one final tweet from Bharara, to make it clear he is still a lawyer ready to prove his case, that despite pretext, the truth is still out there: