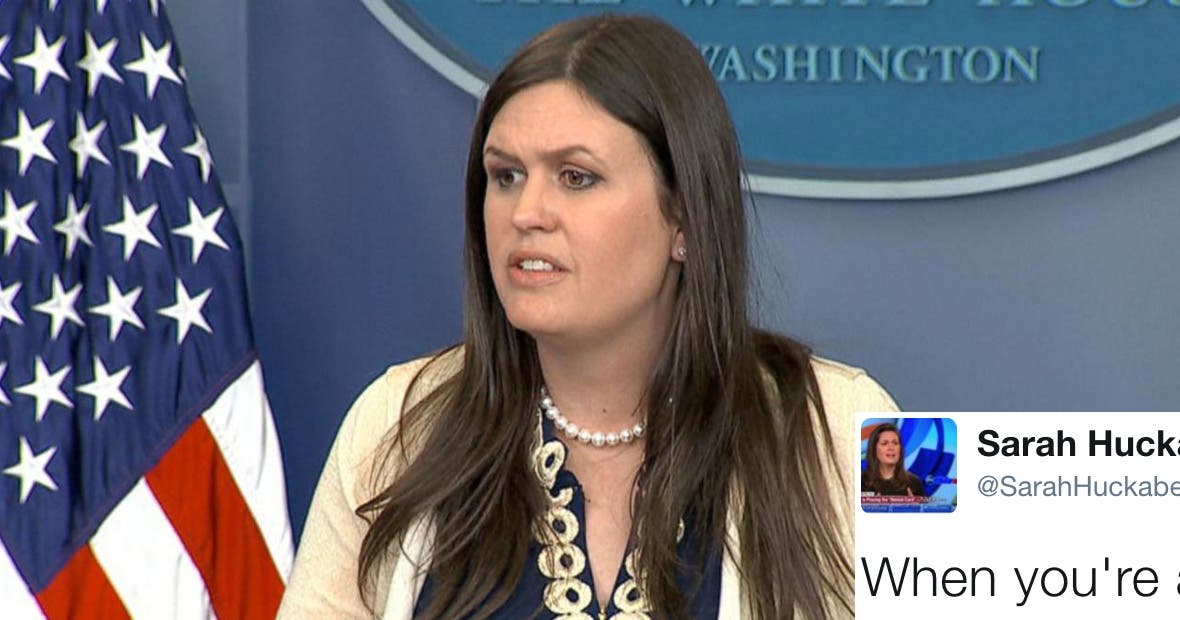 Two days after President Trump’s abrupt termination of FBI Director James Comey, Trump’s regime has been caught in numerous lies about both the lead up to and aftermath of the unceremonious firing.

Filling in for Press Secretary Sean Spicer, White House spokeswoman Sarah Huckabee Sanders has become the main source of disinformation, particularly fabrications directed at the FBI itself. This looks especially hypocritical in light of comments she made in the lead-up to the 2016 election.

In just two days briefing the media, Sanders has been the source of numerous lies. She claimed that FBI agents supported the President’s decision when in fact they were angry about it. Sanders also asserted that the impetus for the firing was the recommendation of Deputy Attorney General Rod Rosenstein, when in reality Trump ordered Rosenstein to invent a justification for the firing after he had already made the decision to axe Comey.

The lies coincide with Trump lambasting the FBI and undermining its credibility as it investigates his campaign’s collusion with Russia to influence last year’s election. If you are wondering how to interpret this barrage of attacks on the bureau, do not fret, Sanders had an answer six months ago:

When you're attacking FBI agents because you're under criminal investigation, you're losing https://t.co/SIoAxatCjp

Huckabee’s analysis is good news for the American people but bad news for herself. After all, it is now her job to defend the indefensible actions of the “losing” Trump regime.

Apparently we can all agree, that is a losing proposition.