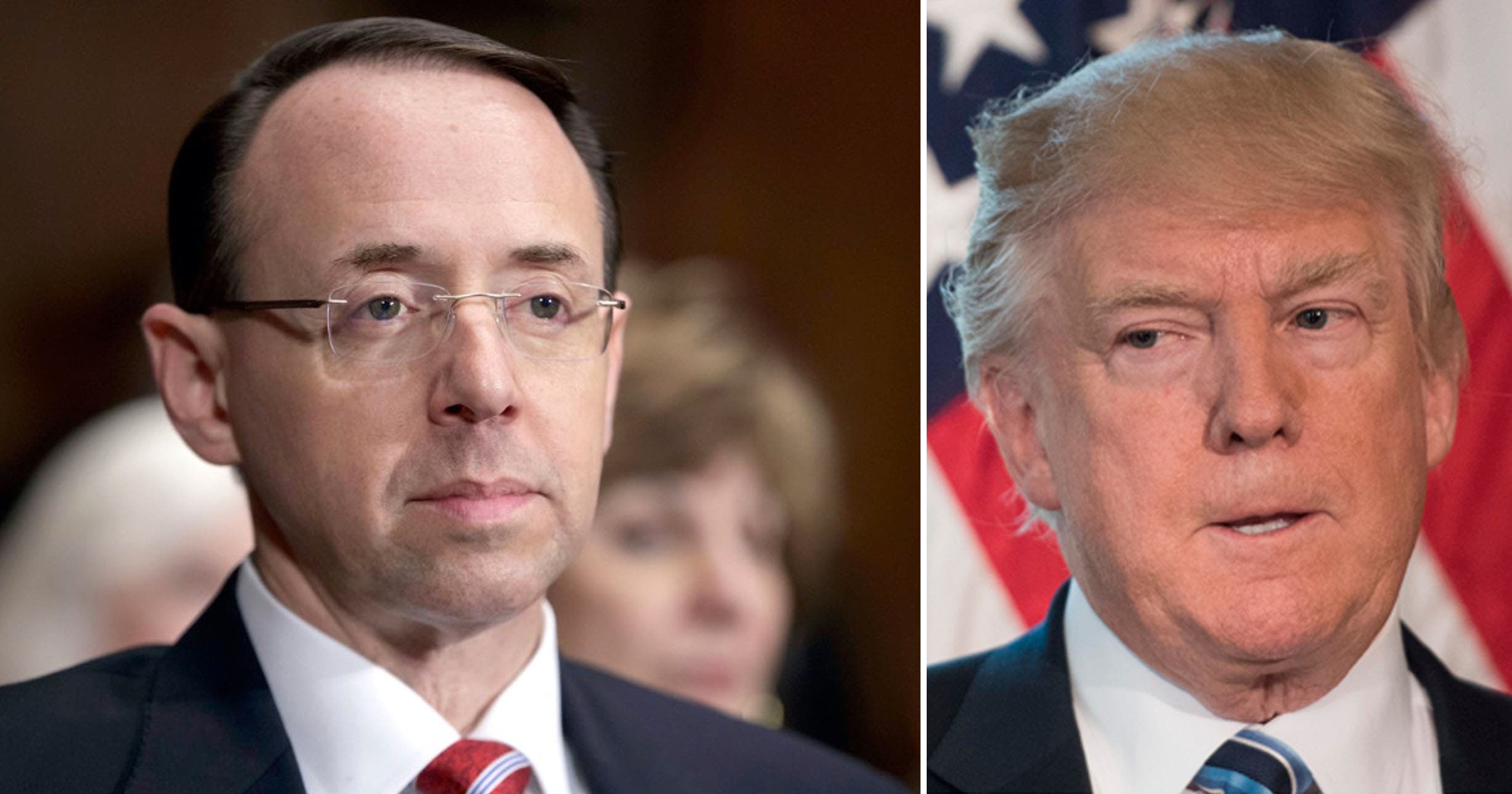 Since Tuesday’s abrupt firing of FBI Director James Comey, the Trump regime has maintained that the move was instigated by Deputy Attorney General Rod J. Rosenstein. However, a person close to the White House told the Washington Post that Rosenstein was so dismayed by the false narrative that he threatened to resign.

Trump’s decision came unilaterally this weekend, the Post wrote, as Trump “grew increasingly agitated” that every time Comey appeared in public the national narrative turned to the topic “he was most desperate to avoid: Russia.” Monday morning, Trump announced the decision to axe Comey to his inner circle, which included Reince Priebus and Stephen Bannon.

Only after these discussions did Trump arrange a meeting with Justice Department officials, Rosenstein and Attorney General Jeff Sessions. With the decision already made, the purpose of the meeting was not for consultation but to issue an ultimatum.

Trump told Rosenstein to write up a justification for Comey’s firing. Many have already argued that the stated rationale — that Comey had mishandled the investigation into Hillary Clinton, which helped elect Trump — is a total lie, but the Post’s source goes a step further.

The source paints Rosenstein as an unwitting and unhappy scapegoat, punished by the very President whose orders he was carrying out.

There is an irony in the President double-crossing the official who helped him fire the man who did so much to get Trump elected. Those closest to Trump must be wondering if there is anyone he will not betray to hold onto power for one more day.

The answer remains to be seen, but one thing seems certain. Trump’s house of lies is now crumbling faster than he can rebuild it.