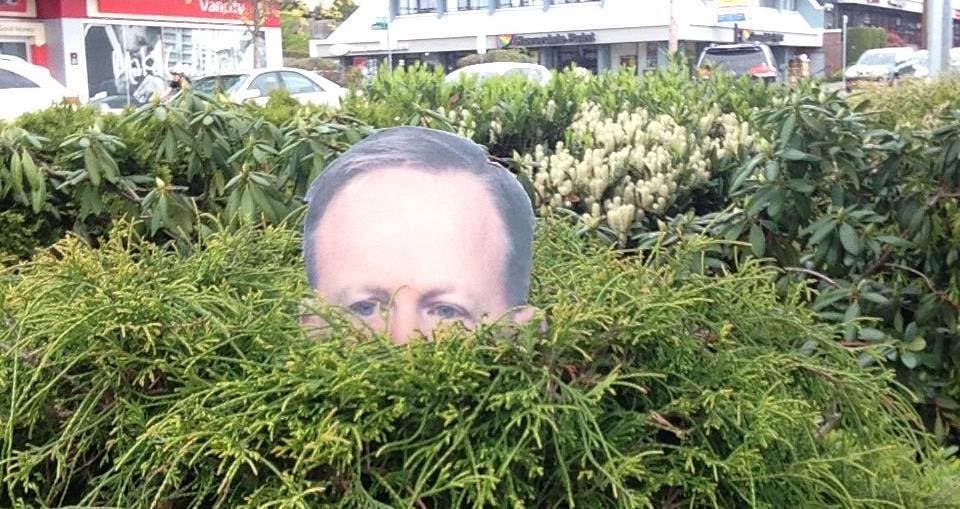 Press Secretary Sean Spicer sank to a cowardly new low earlier this week when he literally hid in the bushes to avoid reporters. He wasn’t prepared to answer questions about Trump’s firing of FBI Director James Comey, and he panicked. Now, he’s being trolled in a hilarious way.

People are printing out copies of Sean Spicer’s head and hiding them in the bushes. Facebook user Lisa Kadonaga started the trend, and it’s spreading:

Spicer deserves every bit of ridicule for being the point man on Trump’s misinformation campaign. Here’s hoping it continues to spread!