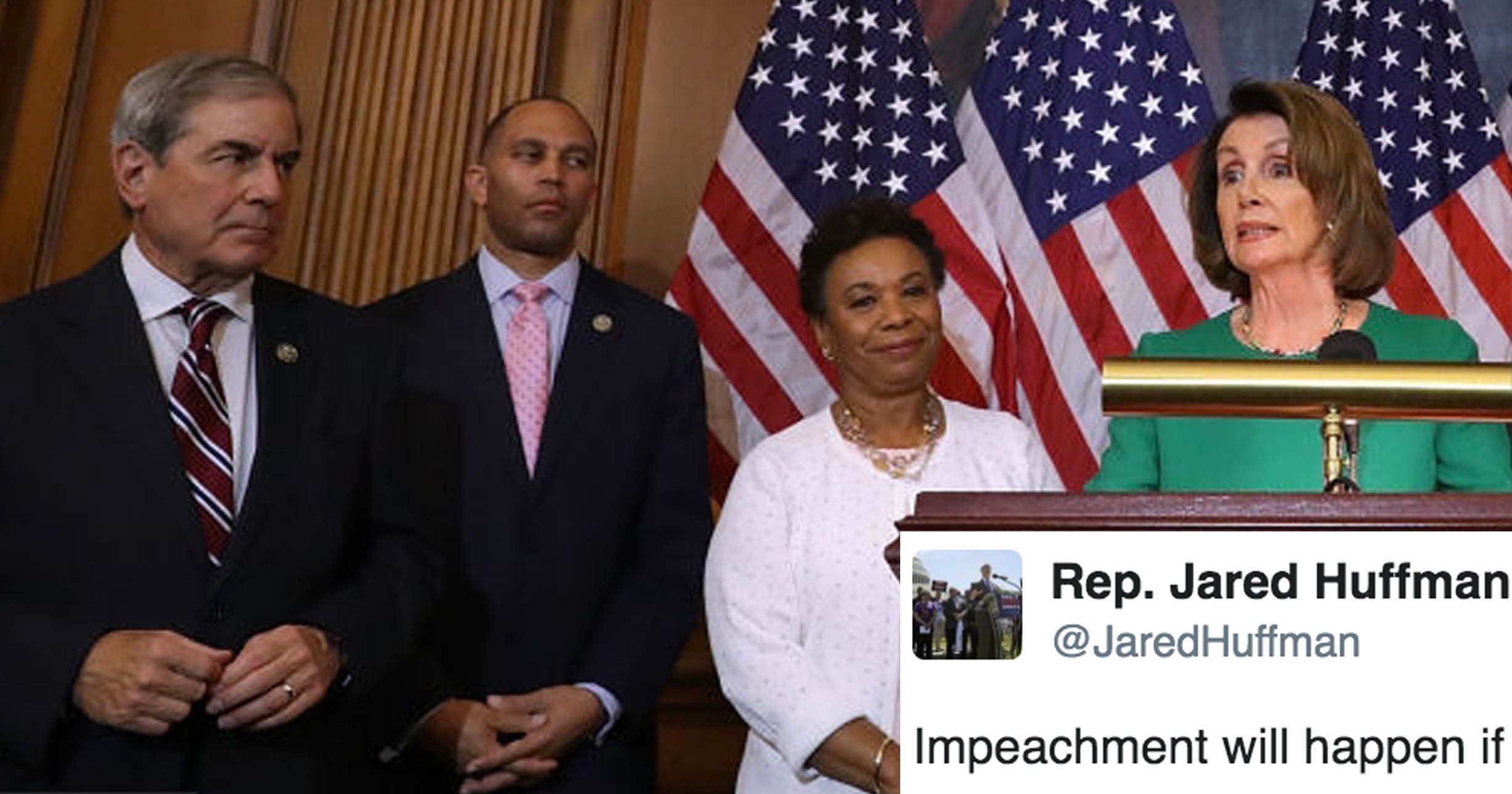 Despite the criminal allegations against President Trump’s campaign and evidence of illicit collusion between Trump and the regime of Russian President Vladimir Putin, Democratic Leaders in Congress, for the most part, have batted away talk of impeachment.

With the abrupt firing of FBI Director James Comey, who was in charge of the investigations into Trump, that is now changing.

Last night, several Members of Congress indicated that Trump’s latest crimes amount to obstruction of justice and may reach the tipping point that brings enough Republicans on board to make impeachment a reality.

Here is a sampling from Representatives Hakeem Jeffries (D-NY) and Jared Huffman (D-CA):

Evidence of Trump's effort to obstruct justice continues to emerge. Lock HIM up? https://t.co/YwsHaNzKlW

Impeachment will happen if handful of Republicans in Congress join Dems to put country above party. Or in 2019 after Dems win the House. https://t.co/g9U67QY2gg

Senator Richard Blumenthal (D-CT), a member of the Judiciary Committee, told Anderson Cooper that this “may well produce impeachment proceedings,” and called the situation “a looming constitutional crisis.”

For her part, Congresswoman Maxine Waters (D-CA), who has been ready for impeachment since January 20, is now talking about specific charges with the blunt accuracy she is known for.

"I think he can be looked at and perhaps even charged with obstruction of justice."

The crimes are now clearer than ever. The question that remains is: will Republicans show the integrity and courage to do what is right?