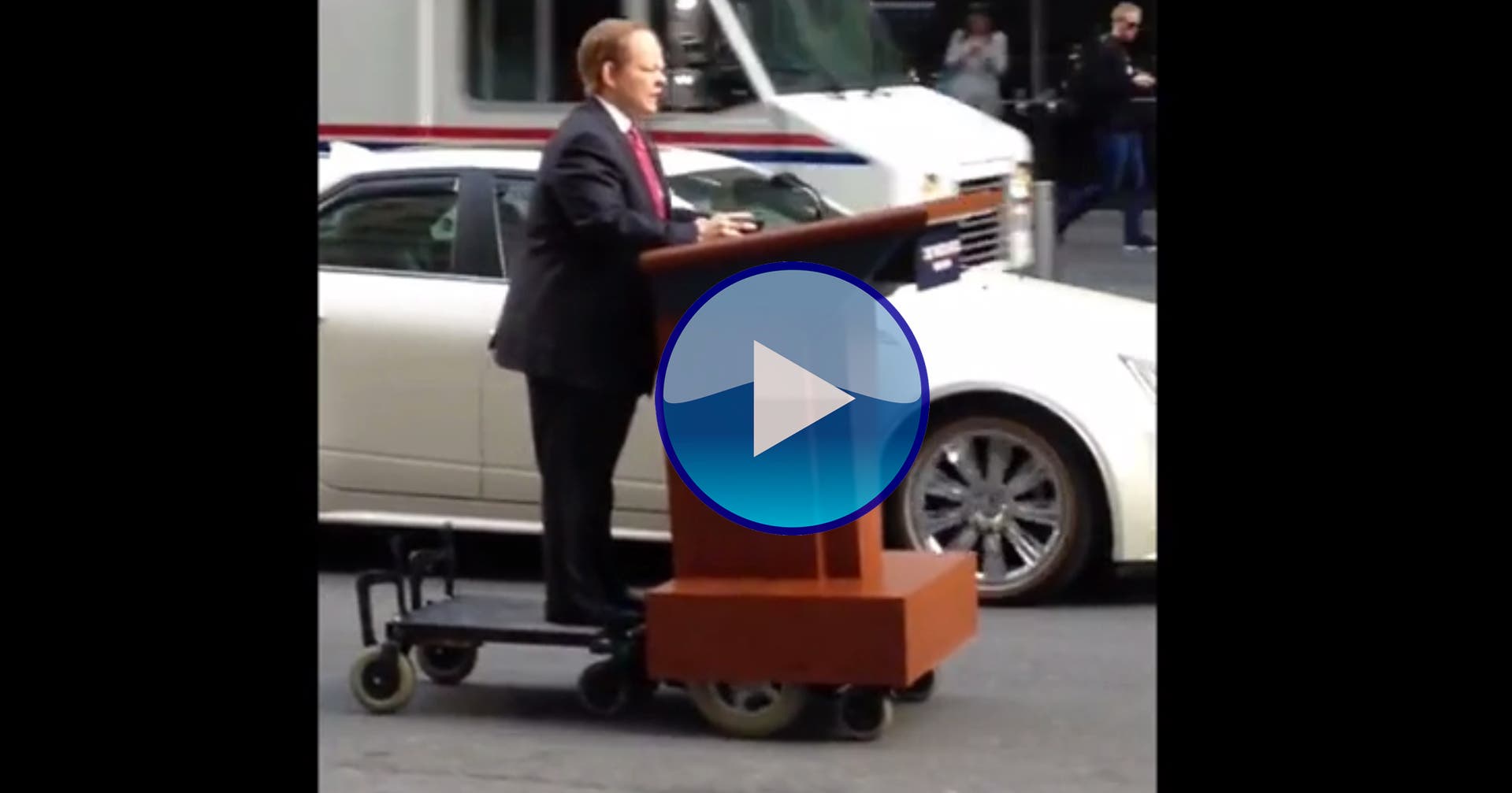 Trump’s Lawyers Just Confirmed Our Fears About Him And Russia

Saturday Night Live is hitting the streets this week!

Some of New York’s more observant tourists spotted Melissa McCarthy’s hilarious “Sean Spicer” driving through the streets of Times Square and captured the moment on video.

With Spicer caught hiding in the bushes this week and then replaced “temporarily” at press briefings with Sara Huckabee Sanders, McCarthy could not have been tapped to host SNL on a better week. Her already legendary portrayal of Spicer has brought a perfect satirical light to the front lines of President Trump’s war on the free press, and this week should take it to the next level.

McCarthy brings the laughter we need to get through these times of unprecedented scandal. Now if she could only convince people to stop shooting vertical cellphone videos…

Below are three different angles of “Spicer” in the street. Enjoy: