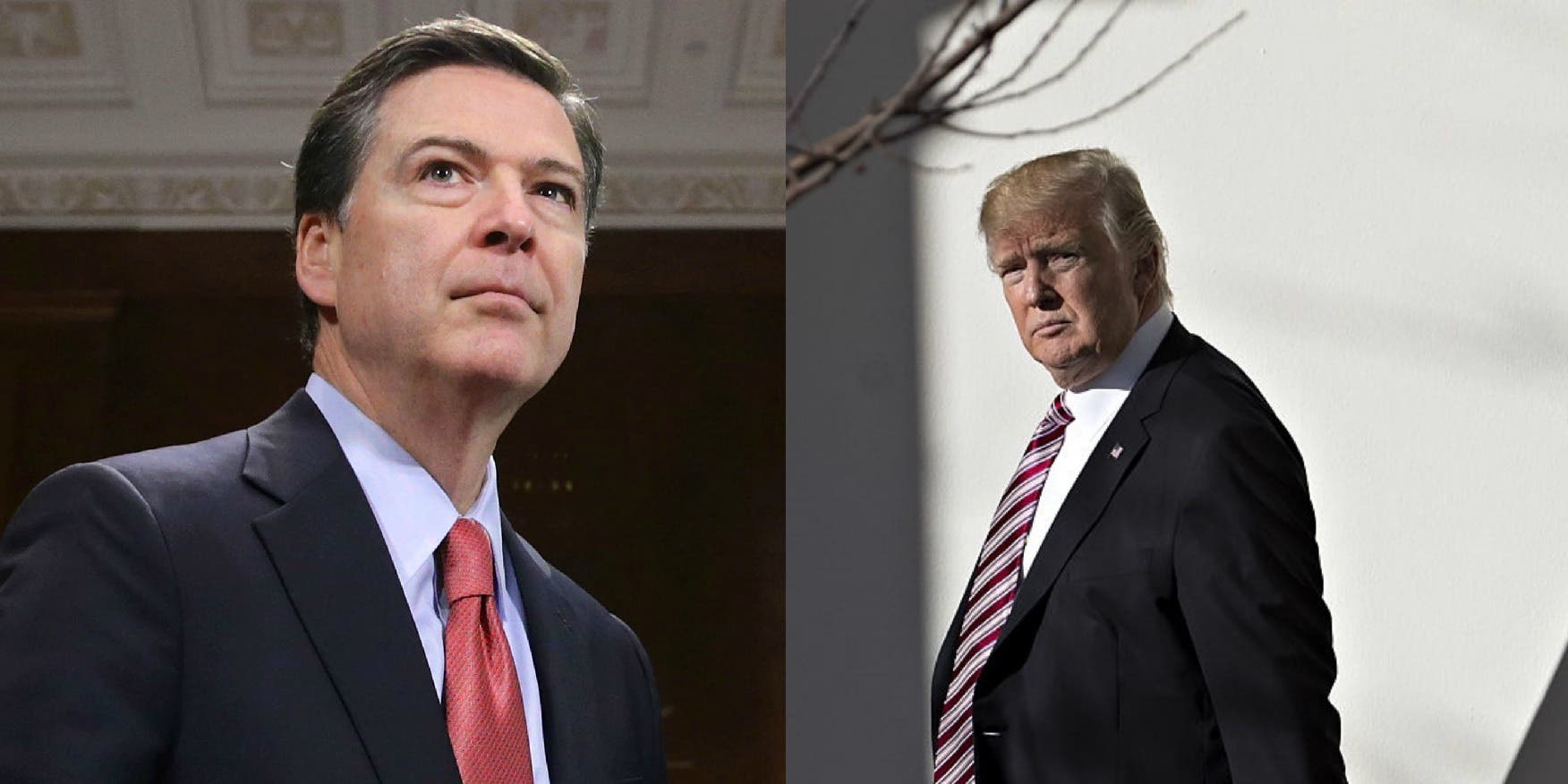 Trump is scared of James Comey. The unceremoniously fired FBI Director is both intelligent, capable, and well-liked at the Bureau. Trump is stupid, incompetent, and widely despised. Like the cornered animal he is, Trump has been lashing out. Cowering within the safety of the Oval Office, Trump tried to intimidate the career law enforcer with a Tweet:

Comey responded by saying he “hopes there are tapes.” The Tweet was a classic example of Trumpian self-sabotage. It  had seemed that Comey was content to remain quiet, and accept the prerogative of a president to fire his FBI Director. Trump simply couldn’t leave it be and – perhaps spurred by his guilty conscience and paranoia – bashed Comey in an interview as a “grandstander” and “showboat.”

The stoic FBI Director has finally had enough.

The New York Times reports that Comey has agreed to testify before the Senate on Trump and Russia, but only if the testimony is public.

The Senate Intelligence Committee had previously requested that Comey appear for a closed-door hearing. The Committee is investigating Russia’s hacking of the 2016 election, as well as claims of possible collusion between the Trump campaign and Moscow. Comey declined the invitation for unspecified reasons.

His willingness to testify now, but on the condition that it be public, is a surprising development. Perhaps Comey is simply tired of all the lies swirling about the Trump White House, and doesn’t want to set off a new round of wild speculations by giving a secret testimony. By revealing what he knows, maybe he hopes to inject some disinfectant into an administration that is riddled with the gangrene of lies and corruption. Perhaps Trump has pushed him too far, and he wants to put the coward in his place.

In either case,  a showdown looms. Trump must be sweating through his ill-fitting suit right now.  Expect another mad tirade from the Tweeter-in-chief before Comey takes the stand.