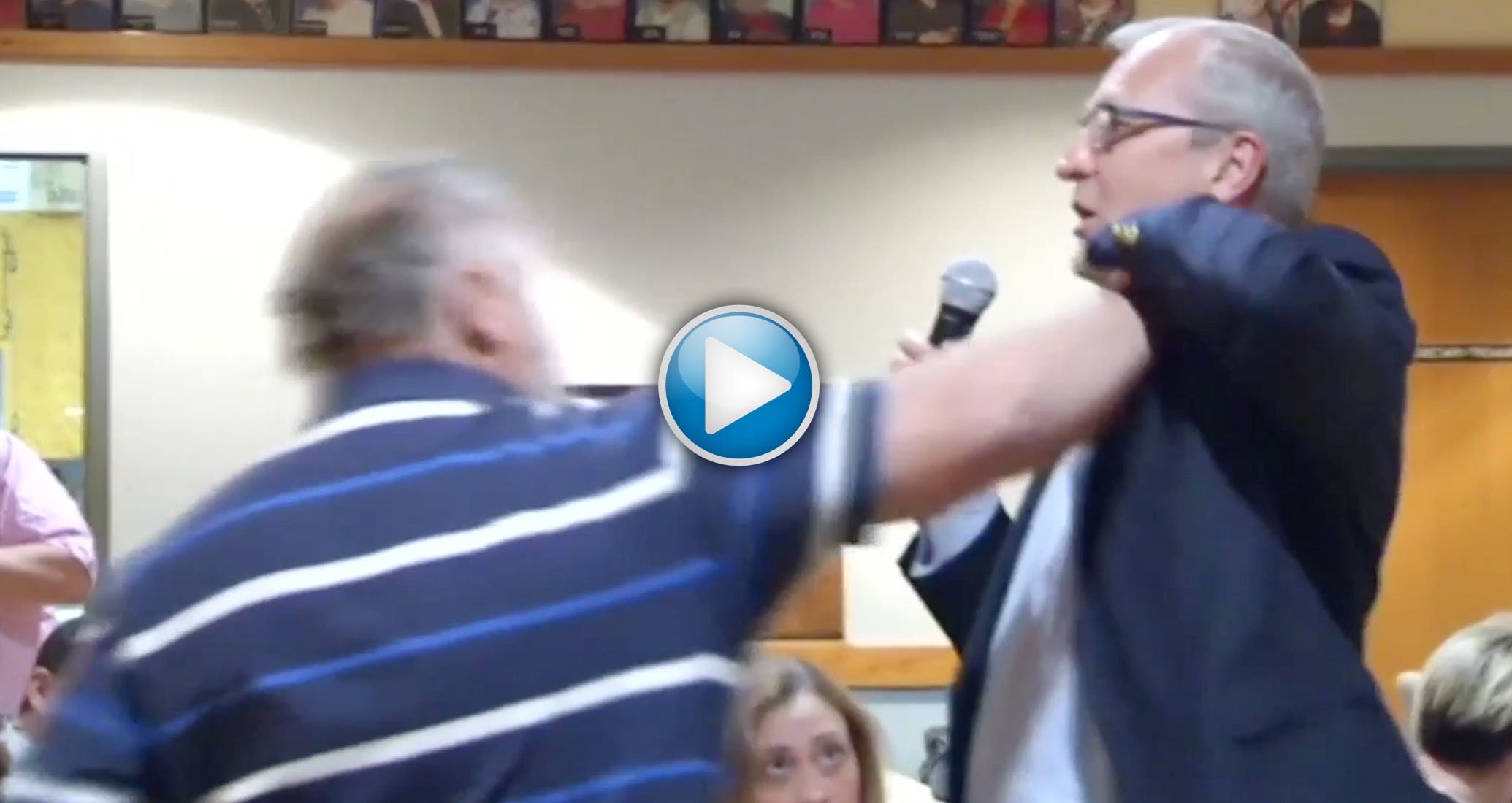 The GOP is quickly learning that their constituents don’t relish the idea of dying. With the recent passage of the dangerous Trumpcare bill through the House, millions of Americans are worried they won’t be able to afford healthcare. The Republicans were desperate to repeal Obamacare regardless of the consequences. Now, Americans are taking a stand. In town halls across the country, voters are angrily confronting their congressmen.

A new viral video of a town hall in North Dakota is going viral. In it, a furious voter stuffs money down the collar of Rep. Kevin Cramer.

While absolutely disrespectful and inappropriate in most settings, the act feels justified in this case. Republicans need to realize they can’t play with people’s health without consequence.
The Occupy Democrats Election Fund is a political organization that supports ONLY good Democratic candidates