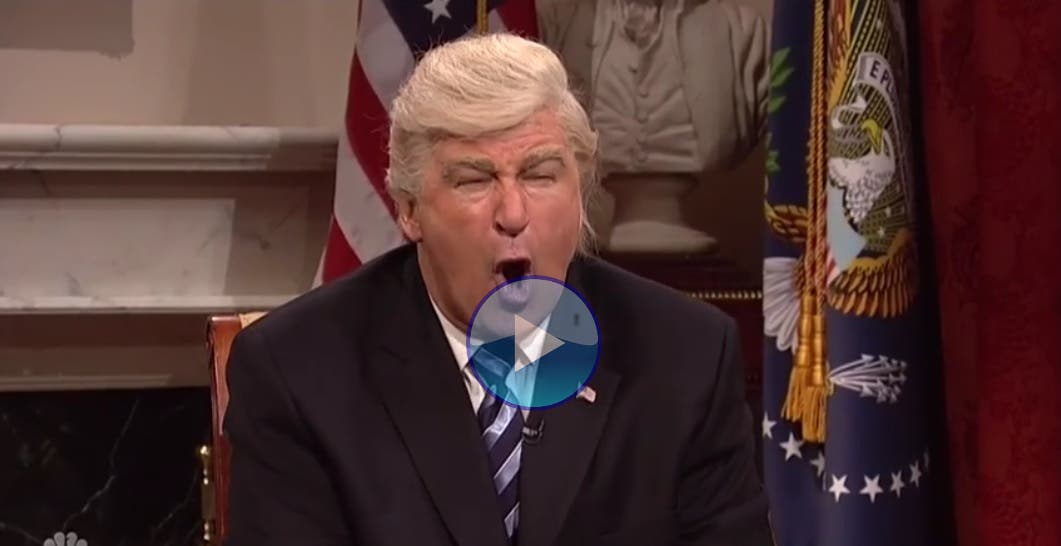 In this savage cold open from Saturday Night Live, Alec Baldwin and Michael Che as reporter “Lester Holt” skewer President Trump’s recent decision to fire FBI Director James Comey, along with a number of the President’s most recent gaffes.

“I fired him because of Russia. He’s investigating Russia, I don’t like that and I should fire him” says Trump dismissively of the Comey firing.

At one point, to illustrate the slavish devotion and the unquestioning loyalty the Republican Party shows the President, “Trump” rings a little bell only to have “Paul Ryan” pop up in a uniform with some ice-cream for POTUS.

“I am so excited to be working with President Trump on an agenda…” whines “Ryan” before Trump dismisses him with a “beat it, nerd. Just get the hell out of here, ok?”

“Whatever you say, Mr. President!” chirps Ryan as he scuttles away.

Finishing out with an absolutely devastating “priming the pump” joke, the skit is one of the best Saturday Night Live pieces the show has produced all season. It is definitely not to be missed!