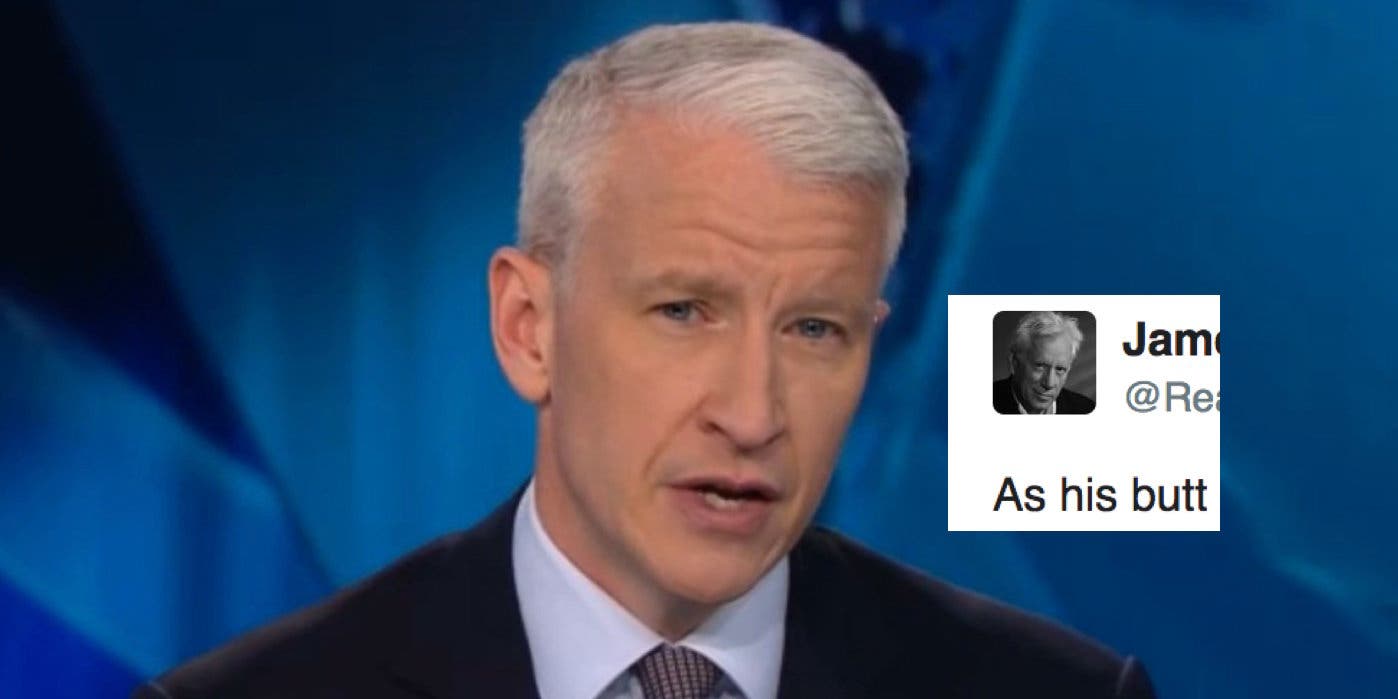 James Woods, the Oscar-nominated actor and outspoken conservative, took to the internet to deliver a classless and homophobic remark aimed at Anderson Cooper.

Last week, the iconic CNN host was celebrated for having responded to a condescending remark by White House senior adviser Kellyanne Conway with an epic eye roll that made waves across the internet.

Cooper’s move became an instant GIF – and a trending topic on Twitter – but one celebrity had a decidedly bigoted reaction.

As his butt plug dislodges during a newscast… #andersoncoopereyeroll https://t.co/AS6RCbjZdB

After swift backlash online, Woods even had the opportunity to rescind his deplorable statement, or – at the very least – diffuse responsibility for it. Of course, he did not, opting instead to dig his heels in and proudly claim the bigoted remark as his own.

Nope! That was all me, Baby https://t.co/uZtO1rTZWt

Emboldened by the Trump administration’s openly discriminatory ideology – as well as having run on the most anti-LGBT platform in modern history – Woods’ comment is the result of a disturbing trend in this country in which racist, sexist, xenophobic remarks are not only permissible but celebrated.

Despite minor and often temporary setbacks, progress has and will continue to prevail in the United States. Comments like Woods’, as well as the discriminatory policies of the Trump administration, will be remembered only for how egregiously far on the wrong side of history they were.