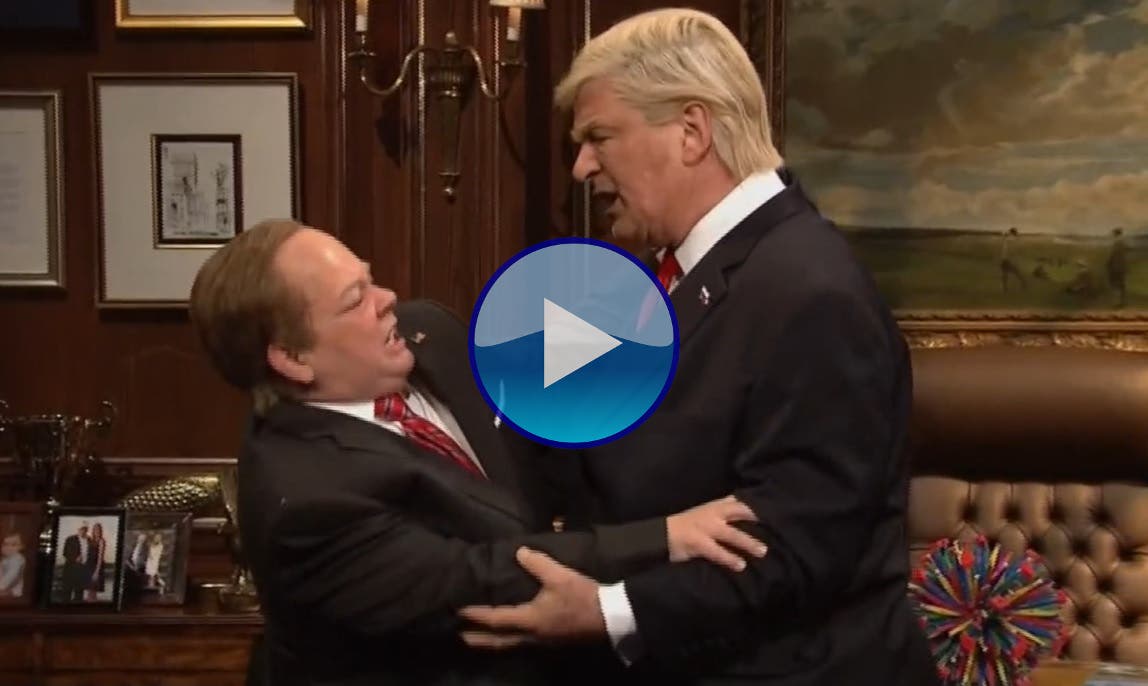 In this from tonight’s episode of Saturday Night Live, an irate Melissa McCarthy emerges from the bushes and shoves “Sarah Huckabee Sanders” aside to forcibly retake the podium from the woman who performs his job much more effectively than he does.

After “he” reclaims his seat, it’s clear Spicer is in no mood for jokes. After attacking reporters for doing their jobs – literally – Spicer is then taken on a magical journey by his podium to try to find Trump.

But when he does find “Trump,” Trump has some uncomfortable – but hilarious – demands for poor Spicer. McCarthy’s spot-on impersonation will make you shake with laughter, and perfectly illustrates the absurd dysfunction that is another week in the Trump administration.