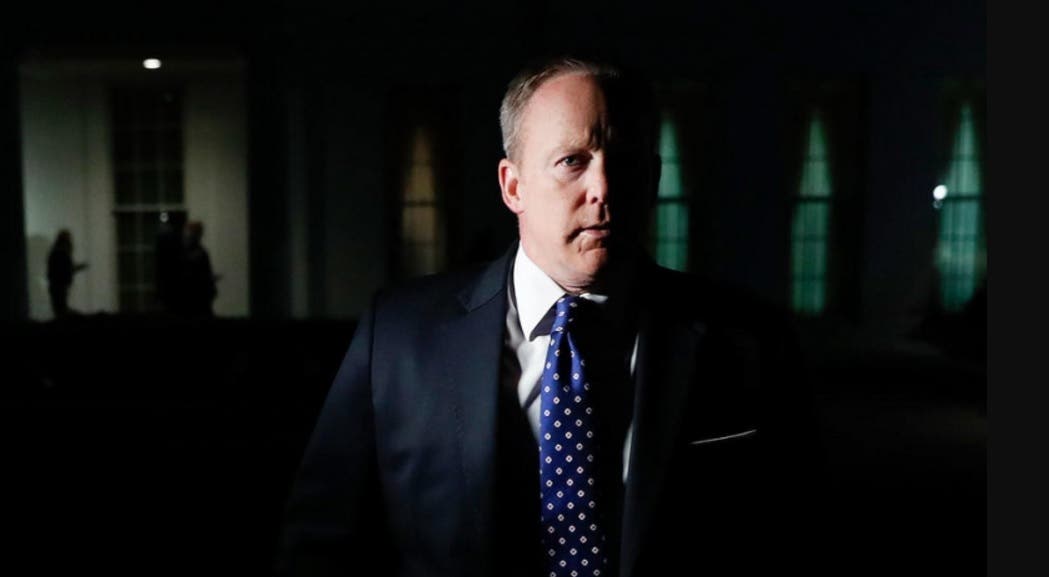 Before Monday was even close to being over, the White House has found itself embroiled in yet another outrageous scandal involving President Trump and his suspiciously close relationship with the government of Russian dictator Vladimir Putin.

This time, furious national security officials leaked to the press that Trump had boasted to Russian ambassador Sergey Kislyak and Foreign Minister Sergey Lavrov about his “great intel.” In doing so, Trump revealed top secret information and potentially exposing an ally’s man on the inside of Daesh (ISIS/ISIL) and jeoparded a key intelligence asset that is critical to the Pentagon’s campaign against the terrorist group.

Embattled Press Secretary Sean Spicer, whose job is reportedly on the line, is not going to be happy when he finally works up the courage to leave his office, as a flock of twenty reporters are all outside waiting:

UPDATE: Sean Spicer has left the building, and things are not looking good.

Per @TreyYingst, Bannon, Mike Dubke, Sarah Sanders and Spicer walked into cabinet room just now. They did not look happy.

Can now hear yelling coming from room where officials are. https://t.co/xh8LQ0paPM