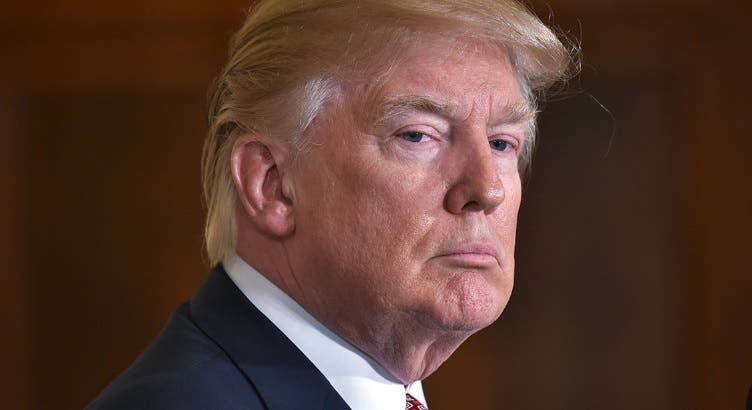 President Trump is lying about the impact of his tax reform plan on the mortgage interest tax deduction coveted by Americans, and the impact of this dirty little secret could be devastating to people seeking to buy homes, the value of existing homes and the American economy.

That is why the National Association of Realtors, one of the most powerful lobbying groups in Washington, is solidly against the proposal. The association’s president William E. Brown told Bloomberg this battle isn’t just on behalf of its members: “If [home] values fall, it’s not just going to impact people who just bought houses, but all current homeowners.”

The estimates of how much Trump’s proposal would quickly impact homeowners are frightening. They include Zandi’s prediction that home prices will fall by four percent and that of a consultant for the National Association of Realtors, who predicts they will decline 10 percent on average nationwide.

The proposal was pitched by the Trump administration as a way to simplify the tax code, increase the minimum deduction for single and married tax filers and eliminate many of the itemized tax deductions – except mortgage interest and charitable deductions. It was estimated the number of people itemizing deductions would drop from about 30 percent to around five percent.

By raising the standard allowance from the current $12,500 to $24,000 for a married couple filing jointly, Trump would eliminate the usefulness of the mortgage deduction for all but the richest American homeowners, according to Joseph Rosenberg, the senior research associate at the nonpartisan Tax Policy Center.

Taxpayers would lose the tax-driven incentive to buy homes and take on mortgages, especially those who stretch to buy the biggest home they can afford in the belief home prices will rapidly rise, according to Rosenberg.

“Taxpayers,” reports Bloomberg, “would lose an incentive to take on mortgage debt, and buyers in expensive markets…may start to re-evaluate how much they’re willing to spend. In Denver and Portland, Oregon, for example, potential buyers for about half the listings would no longer be able to justify itemizing because of mortgage interest alone, according to a Trulia analysis.”

“The impact of the switch wold be greatest for middle-income renters,” continues Bloomberg, “who are thinking about making the jump to home ownership, according to Ralph McLaughlin, Trulia’s chief economist.”

At present, it is less expensive to own a home worth $517,000 than it is to rent in all of the top 100 markets measured by Trulia. Under Trump’s plan that would change to a negative in at least 12 of the biggest markets, including New York City,; Portland, Oregon; and Madison, Wisconsin; among others.

If the incentive to own instead of rent shifts for the middle class, the big winners would be giant companies that own and rent out apartments and homes. Many of those are owned by super-rich Trump supporters likeTom Barrack of Colony Capital, who was one of Trump biggest donors and helped bundle millions more for the President’s campaign.

Making it even worse, the Trump tax plan would completely end homeowner’s ability to write off local and state taxes, including the property-tax deduction. That would add to the downward pressure on home prices, which would mean fewer homes would be sold or built.

That would have a reverberating impact dropping the profits on home buildings, construction material suppliers, appliance manufacturers, real estate agents and many others. The stock prices of those companies would plunge. The effect on the American economy could be devastating.

Once again Trump and his team of ultra-wealthy,  arrogant former Goldman Sachs bankers are trying to pull the wool over the eyes of middle and lower-class Americans, at the same time they claim to be helping them.

This proposal might hurt average Americans but it would be a huge boon to the very rich – those who buy the multi-million mega-mansions. The rest of us would face higher housing costs, lower stock market returns (hurting 401k returns) and the loss of thousands of jobs related to the home building and sales.

This so-called tax reform is really just more lies from the administration that is setting new records for the amount of fake, false and fanciful baloney it is serving daily.