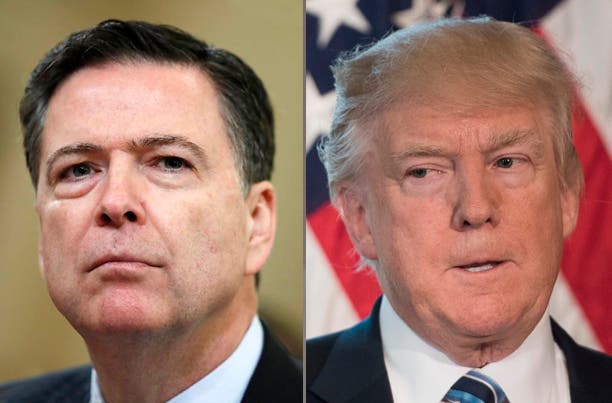 A Reporter Just Asked A Republican About Trump’s Comey Memo. His Reply Is Revolting

As America justifiably exploded over the bombshell New York Times revelation this afternoon that President Trump asked former FBI Director James Comey to shut down the Michael Flynn investigation, an equally explosive detail may have been missed.

Buried in the same Times article, which cites a Memo Director Comey wrote immediately after a private meeting in the Oval Office and shared with senior officials at the FBI, journalist Michael S. Schmidt reports:

Alone in the Oval Office, Mr. Trump began the discussion by condemning leaks to the news media, saying that Mr. Comey should consider putting reporters in prison for publishing classified information, according to one of Mr. Comey’s associates.

Mr. Trump is either ignorant of the law and the constitution, or doesn’t care about the separation of powers – or both.  For a president to meet with the head of the nation’s preeminent law enforcement agency, in the Oval Office, and attempt to influence the direction of an investigation, into his campaign, and then to suggest he jail members of the free press for exercising their first amendment rights, confirms these suspicions.

It’s clear now why Director Comey had to go.  When he confirmed that he wasn’t going to cooperate with the President’s request to shut down the Flynn investigation or to jail leakers, Trump couldn’t have him pulling the strings that Michael Flynn left behind.

It should be clear that President Trump has to go now, too.